Given a Binary Number, the task is to convert the given binary number to its equivalent hexadecimal number. The input could be very large and may not fit even into an unsigned long long int.

Approach 1:
Binary Number: A binary number is a number expressed in the base-2 binary numeral system, which uses only two symbols: which are 0 (zero) and 1 (one). 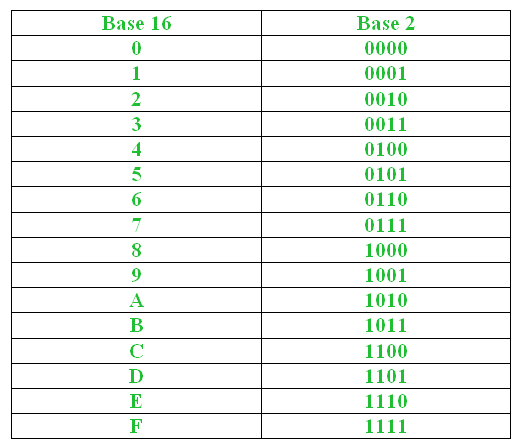 Convert Binary to HexaDecimal:
We all know that, 24 = 16 1.
In other words, single digit in base 16 can be represented using 4 digits in base 2. 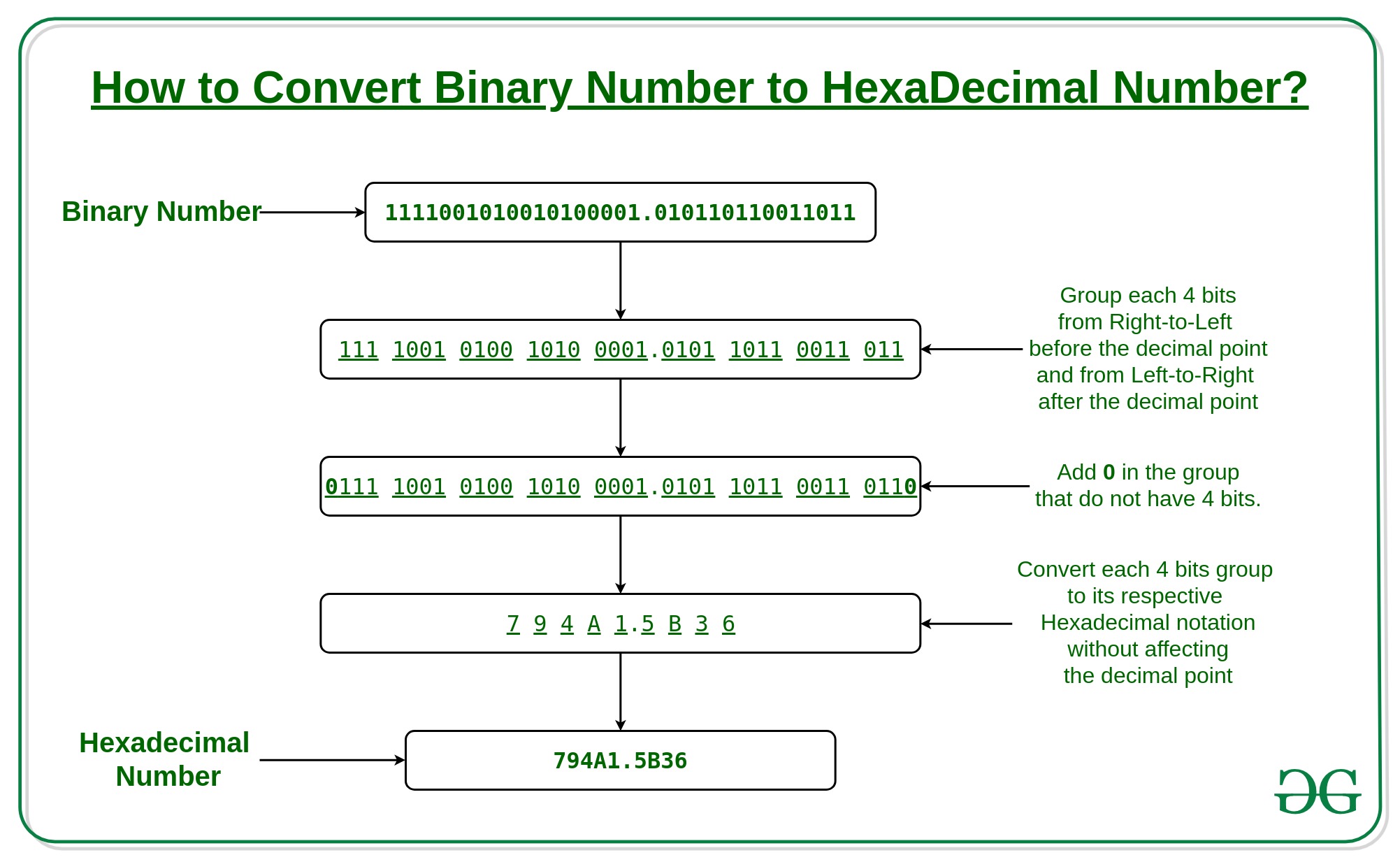 To convert Binary number to HexaDecimal, the below steps are taken: