Use multiple column in a Matplotlib Legend

Using the ncol argument inside plt.legend() in below defined manner to specify the number of columns which the legend should have. 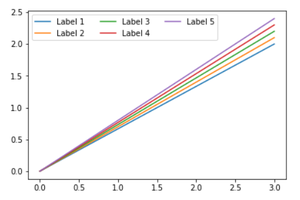