Creation and Execution of R File in R Studio

R Studio is an integrated development environment(IDE) for R. IDE is a GUI, where you can write your quotes, see the results and also see the variables that are generated during the course of programming. R is available as an Open Source software for Client as well as Server Versions.

There are two ways to create an R file in R studio:

Once you open an R script file, this is how an R Studio with the script file open looks like. 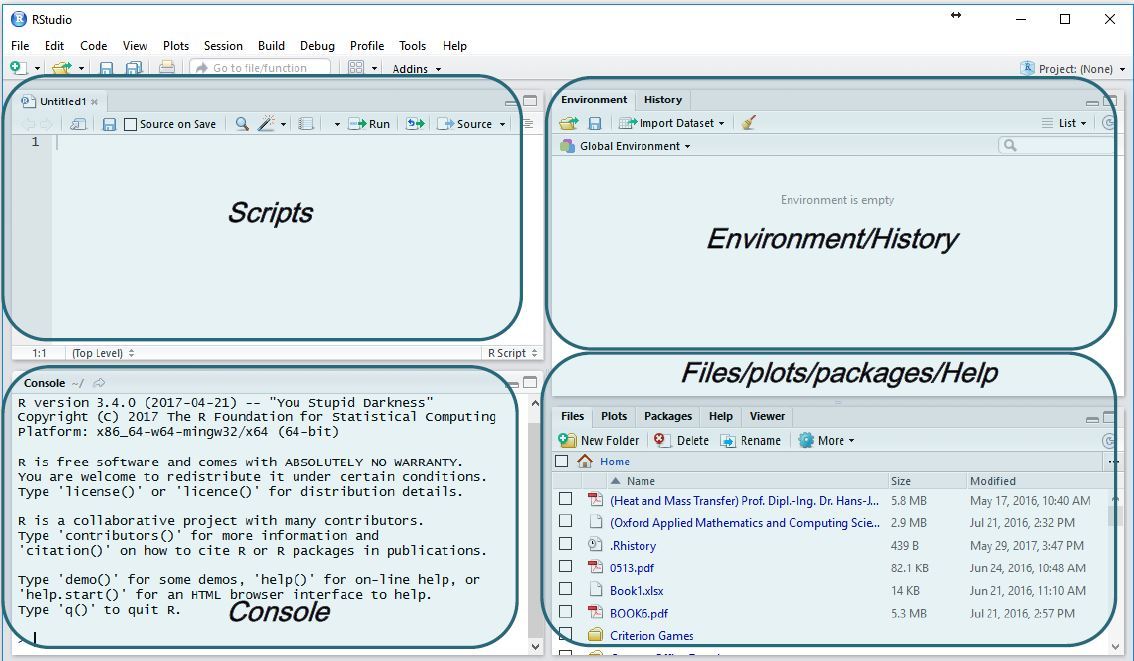 So, 3 panels console, environment/history and file/plots panels are there. On top left you have a new window, which is now being opened as a script file. Now you are ready to write a script file or some program in R Studio.

Writing Scripts in an R File

Writing scripts to an R file is demonstrated here with an example: 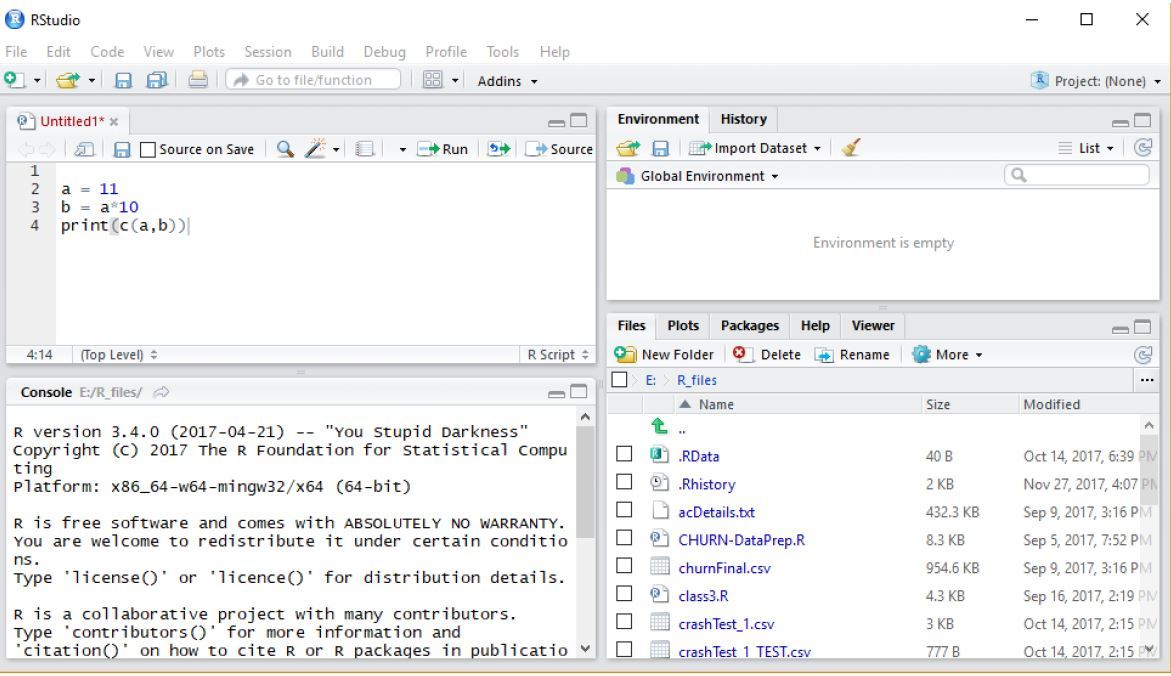 In the above example, a variable ‘a’ is assigned with a value 11, in the first line of the code and there is b which is ‘a’ times 10, that is the second command. Here, the code is evaluating the value of a times 10 and assign the value to the b and the third statement, which is print(c(a, b)) means concatenates this a and b and print the result. So, this is how a script file is written in R. After writing a script file, there is a need to save this file before execution. 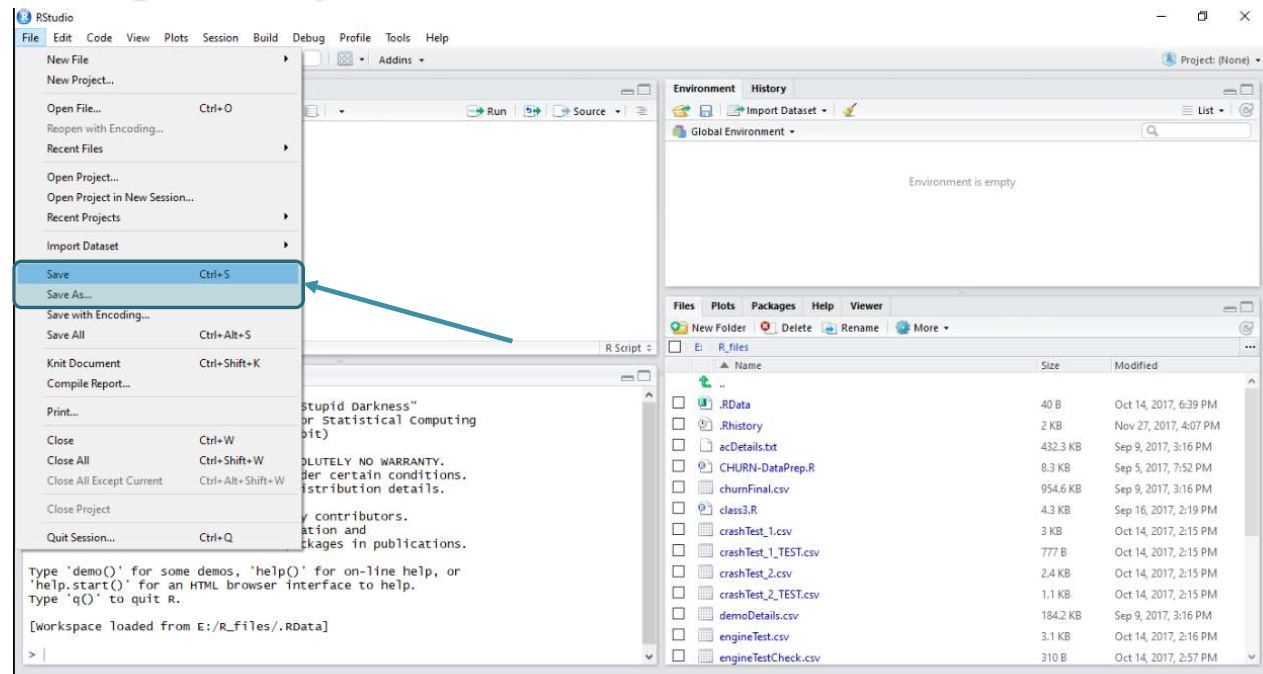 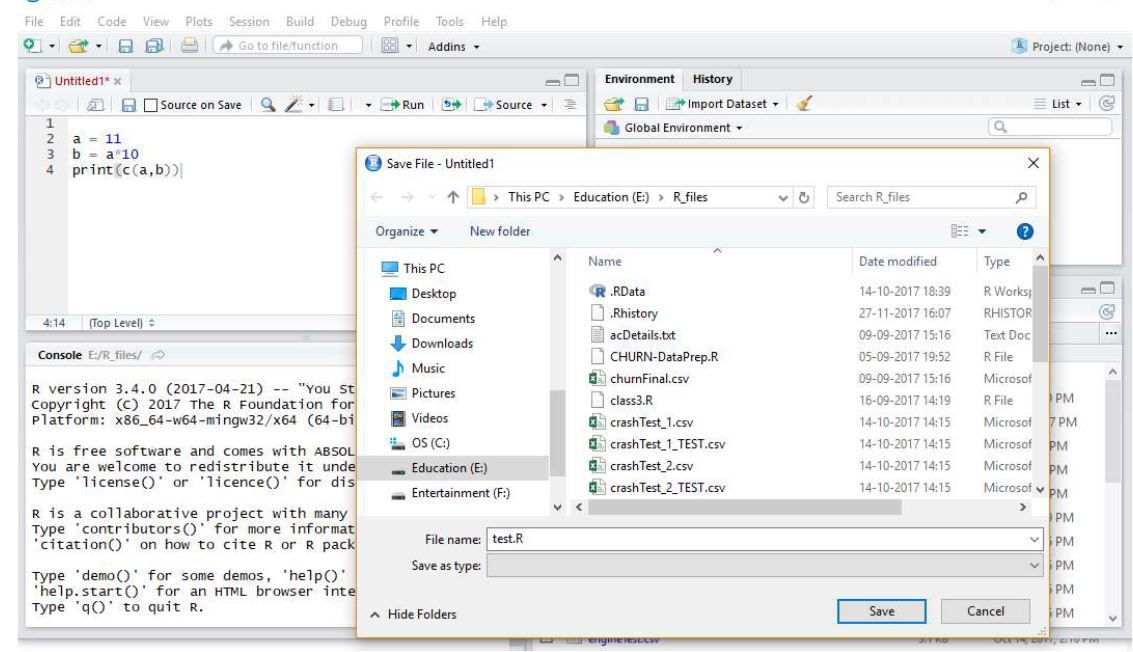 So now, we have seen how to open an R script and how to write some code in the R script file and save the file.
The next task is to execute the R file.

Execution of an R file

There are several ways in which the execution of the commands that are available in the R file is done. 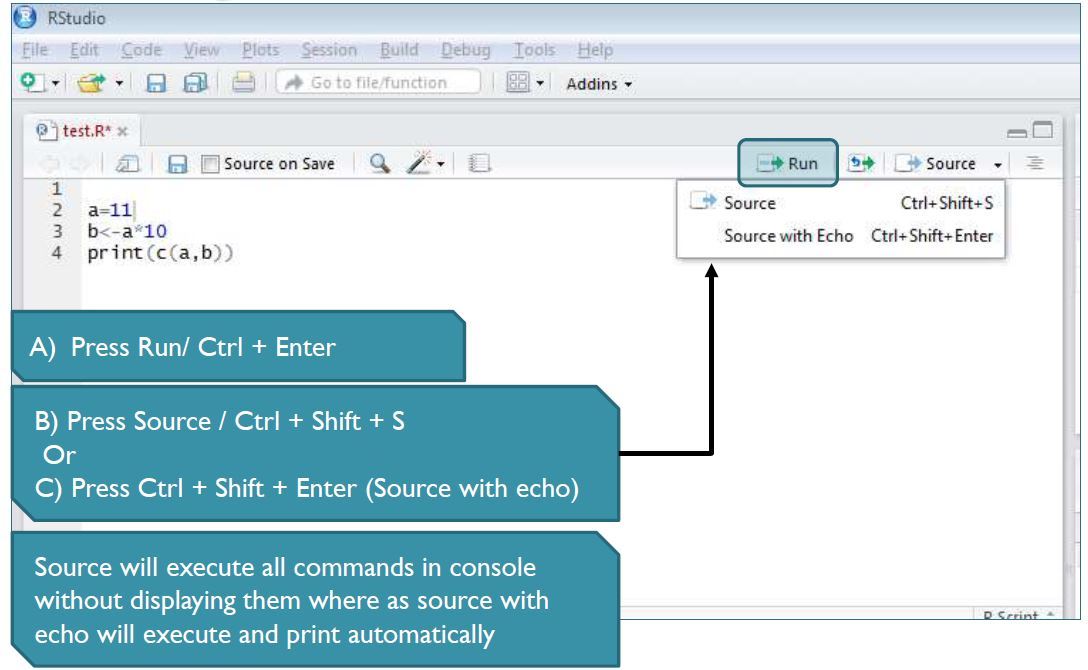 So, this is an example, where R file is executed, using the source with echo command. 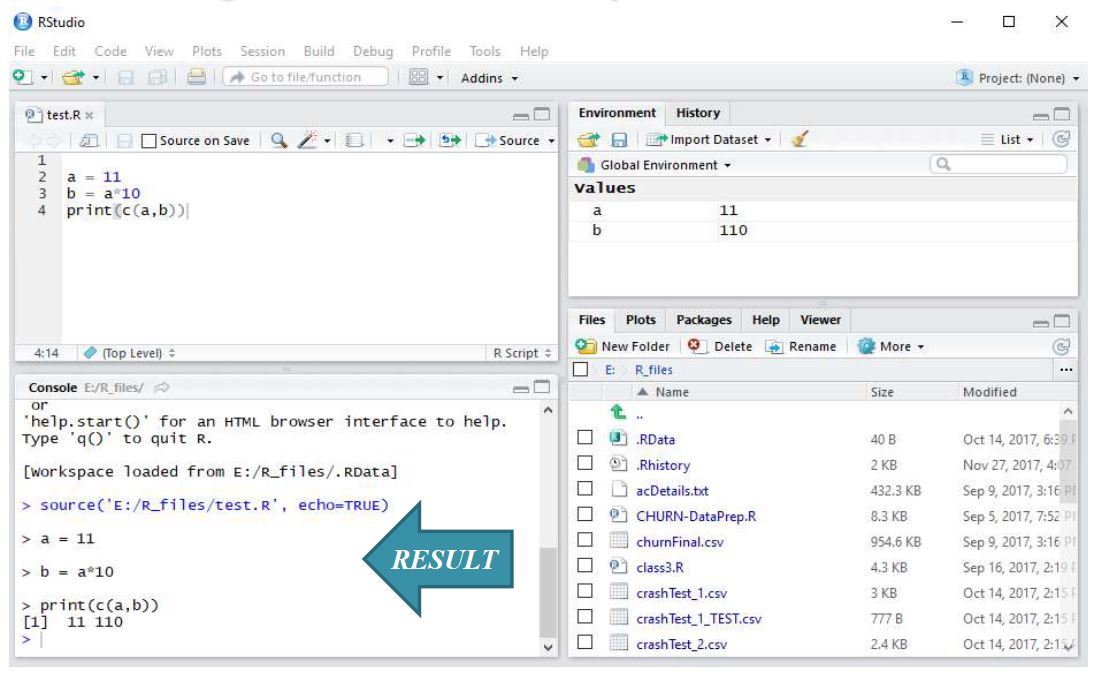