Factors are data structures which are implemented to categorize the data or represent categorical data and store it on multiple levels.
They can be stored as integers with a corresponding label to every unique integer. Though factors may look similar to character vectors, they are integers and care must be taken while using them as strings.
The factor accepts only a restricted number of distinct values. For example, a data field such as gender may contain values only from female, male or transgender.

In the above example, all the possible cases are known beforehand and are predefined. These distinct values are known as levels. After a factor is created it only consists of levels that are by default sorted alphabetically.

Attributes of a Factor 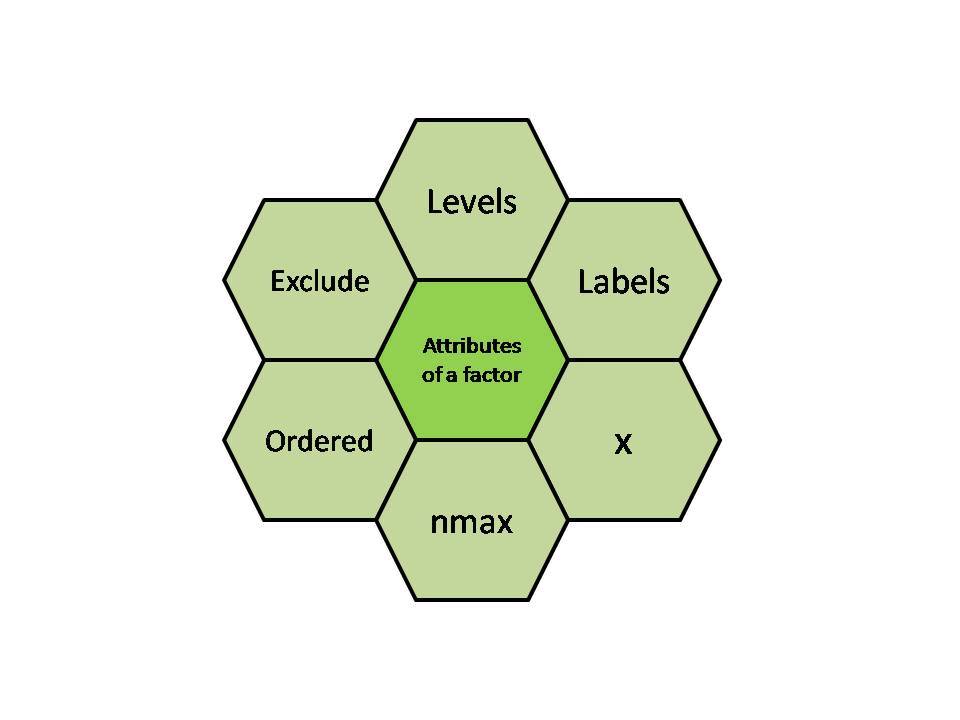 The command used to create or modify a factor in R language is – factor() with a vector as input.
The two steps to creating a factor are:

Examples: Let us create a factor gender with levels female, male and transgender.

Levels can also be predefined by the programmer.

Further one can check the levels of a factor by using function levels().

Checking for a Factor

Functionis.factor() is used to check whether the variable is a factor and returns “TRUE” if it is a factor.

Function class() is also used to check whether the variable is a factor and if true returns “factor”.

Accessing elements of a Factor

Like we acess elements of a vector, same way we acess the elements of a factor. If gender is a factor then gender[i] would mean acessing i th element in the factor.
Example:

More than one element can be accessed at a time.
Example:

Modification of a Factor

After a factor is formed, its components can be modified but the new values which needs to be assigned must be in the predefined level.

For selecting all the elements of the factor gender except ith element, gender[-i] should be used.
So if you want to modify a factor and add value out of predefines levels, then first modify levels.
Example:

The Data frame is similar to a 2D array with the columns containing all the values of one variable and the rows having one set of values from every column. There are four things to remember about data frames:

In R language when we create a data frame, its column is a categorical data and hence a factor is automatically created on it.

We can create a data frame and check if its column is a factor.
Example: