Clear the Console and the Environment in R Studio

R Studio is an integrated development environment(IDE) for R. IDE is a GUI, where you can write your quotes, see the results and also see the variables that are generated during the course of programming.

In this below screenshot, an R code is written in the script tab defined a and calculated b and printed a, b. When this code is executed using “source with echo” all the commands will get printed in the console tab. Now, to clear this console click on the console tab and enter the key combination “ctrl + L“. Once it is done the console will get cleared. 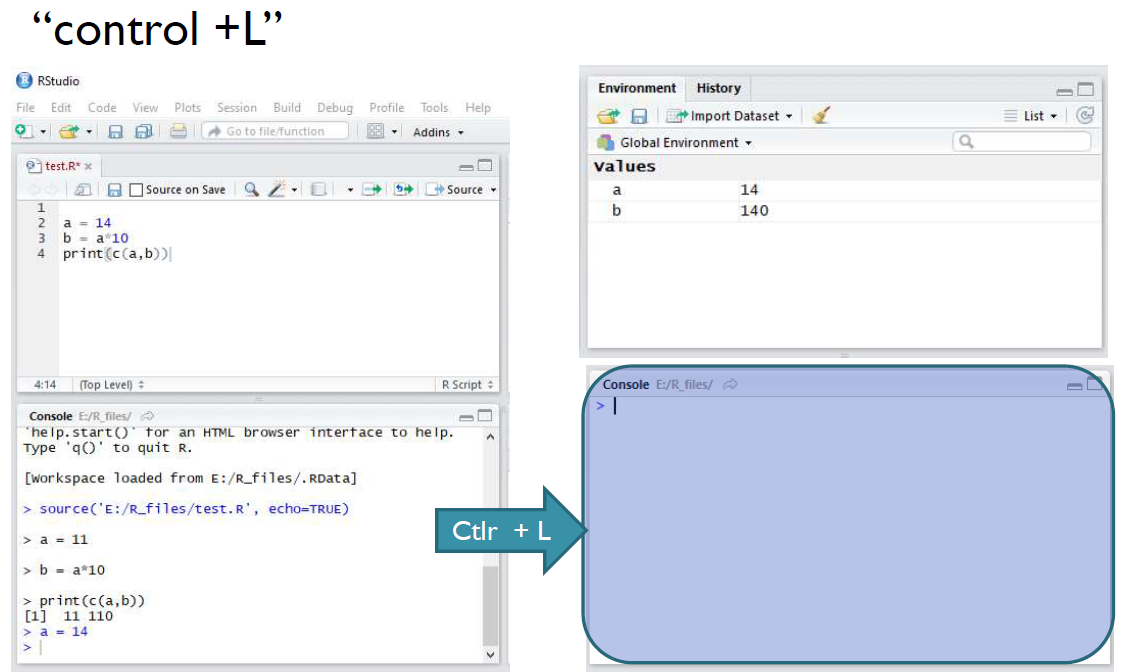 Variables on the R environment can be cleared in two ways:

When you want to clear a single variable from the R environment you can use the “rm()” command followed by the variable you want to remove.

variable: that variable name you want to remove.

If you want to delete all the variables that are there in the environment what you can do is you can use the “rm” with an argument “list” is equal to “ls” followed by a parenthesis.

How does it works?

You see this brush button in the environment pane. 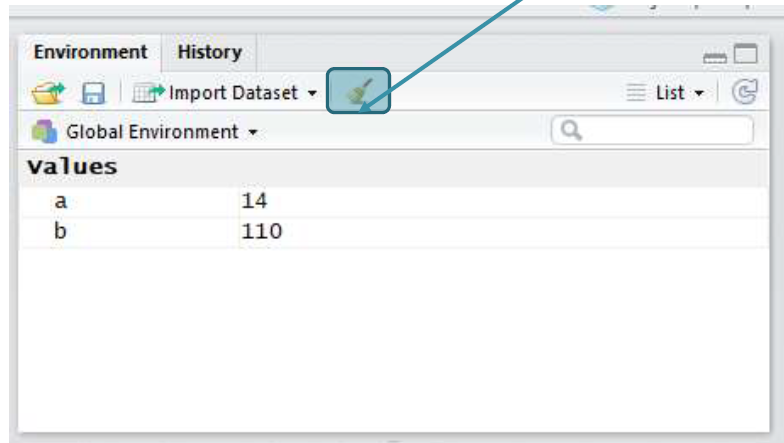 So when you press the brush button it will pop up a window saying “you want to remove all the objects from the environment?” 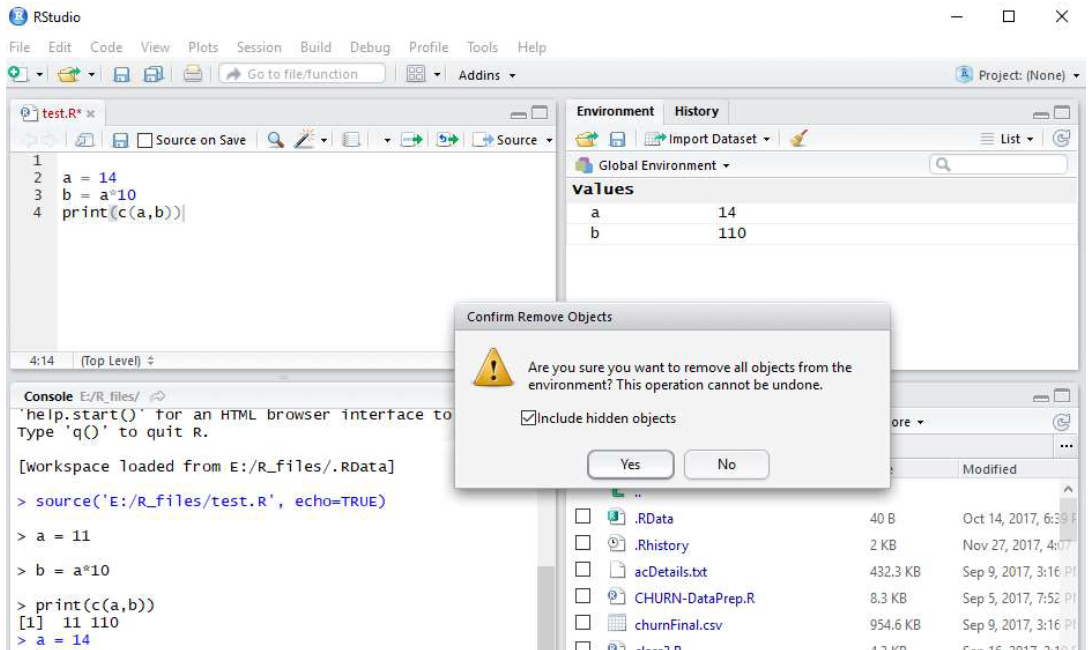 And if you say yes it will clear all the variables which are shown here and you can see the environment is empty now. 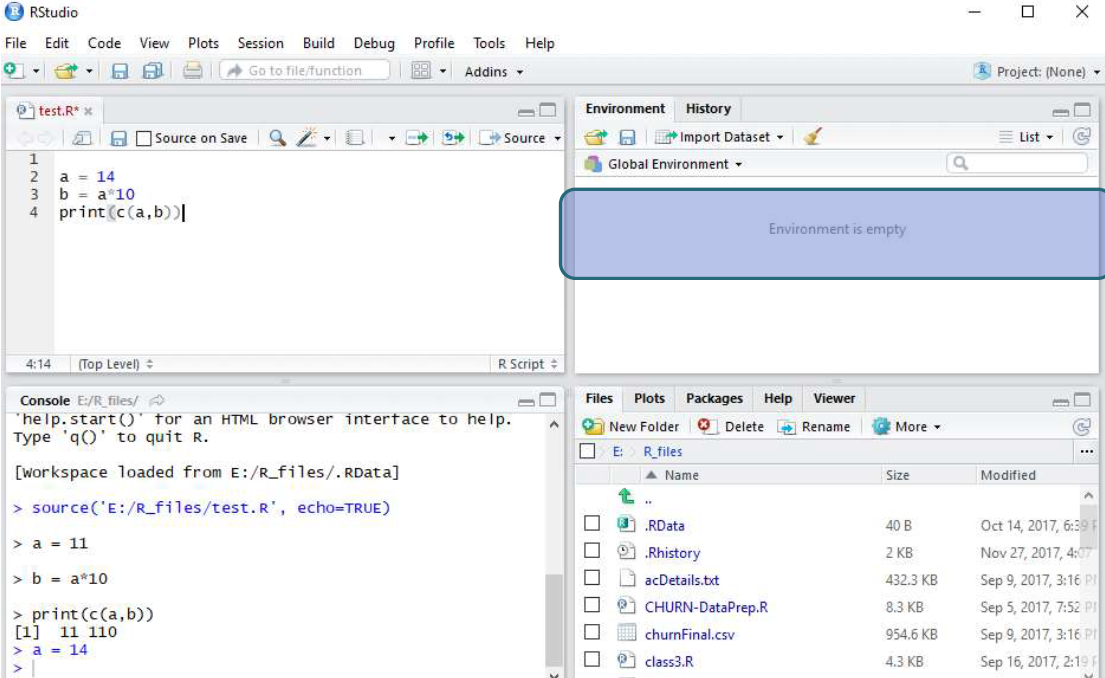 Previous
Creation and Execution of R File in R Studio
Next
Hello World in R Programming
Related Articles
1. Setting up Environment for Machine Learning with R Programming
2. Print Entire tibble to R Console
3. Creation and Execution of R File in R Studio
4. How to Install R Studio on Windows and Linux?
5. Introduction to R Studio
6. Link your GitHub Account with R Studio
7. Compute Variance and Standard Deviation of a value in R Programming - var() and sd() Function
8. Finding Day and Month on a Specific Date in R Language - weekday() and month() function
9. Find Location and Character Vector of an Object with partial name in R Language - apropos() and find() Function
10. Binding rows and columns of a Data Frame in R - bind_rows() and bind_cols() Function
Article Contributed By :