Error Handling is a process in which we deal with unwanted or anomalous errors which may cause abnormal termination of the program during its execution. In R Programming, there are basically two ways in which we can implement an error handling mechanism. Either we can directly call the functions like stop() or warning(), or we can use the error options such as “warn” or “warning.expression”. The basic functions that one can use for error handling in the code :

Generally, if we encounter any unexpected errors while executing a program we need an efficient and interactive way to debug the error and know what went wrong. However, some errors are expected but sometimes the models fail to fit and throw an error. There are basically three methods to handle such conditions and errors in R :

Unlike other programming languages such as Java, C++, and so on, the try-catch-finally statements are used as a function in R. The main two conditions to be handled in tryCatch() are “errors” and “warnings”. 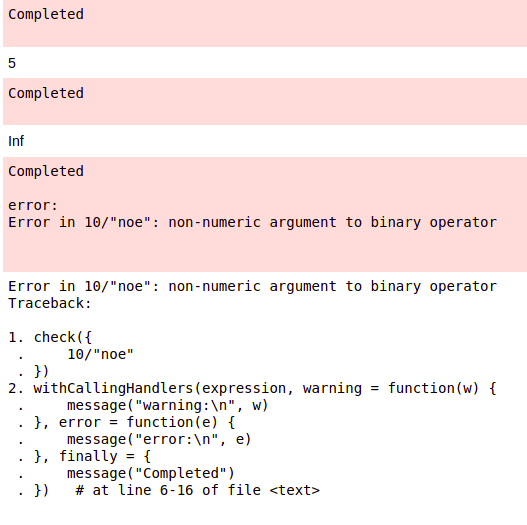