Indexing and Selecting Data with Pandas 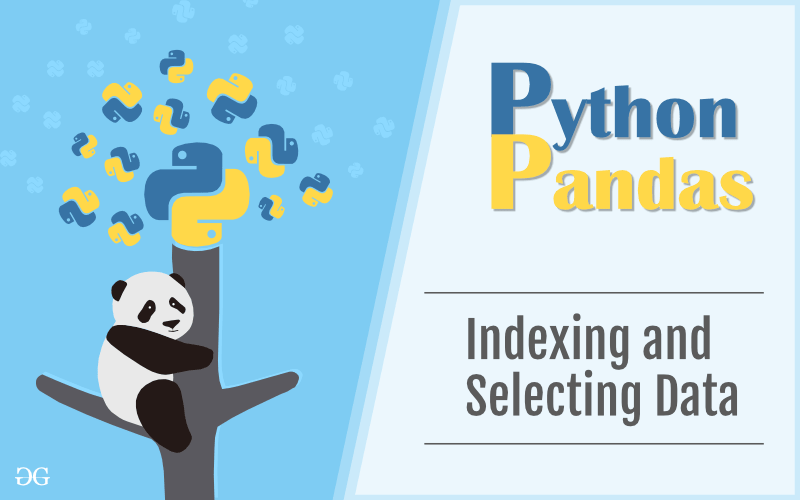 Let’s see some example of indexing in Pandas. In this article, we are using “nba.csv” file to download the CSV, click here.

Selecting some rows and some columns

Let’s take a DataFrame with some fake data, now we perform indexing on this DataFrame. In this, we are selecting some rows and some columns from a DataFrame. Dataframe with dataset.

Suppose we want to select columns Age, College and Salary for only rows with a labels Amir Johnson and Terry Rozier

Selecting some rows and all columns

Let’s say we want to select row Amir Jhonson, Terry Rozier and John Holland with all columns in a dataframe.

Selecting some columns and all rows

Let’s say we want to select columns Age, Height and Salary with all rows in a dataframe. 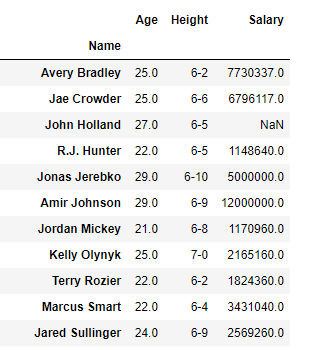 Collectively, they are called the indexers. These are by far the most common ways to index data. These are four function which help in getting the elements, rows, and columns from a DataFrame.

In order to select a single column, we simply put the name of the column in-between the brackets 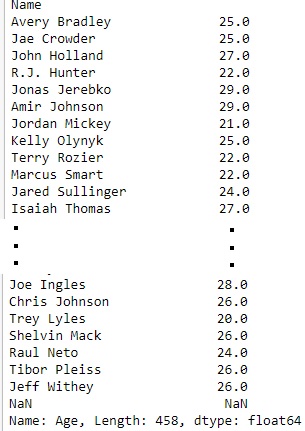 In order to select multiple columns, we have to pass a list of columns in an indexing operator. 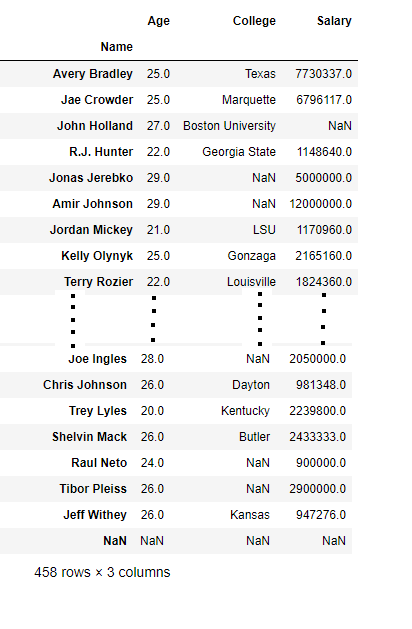 Output:
As shown in the output image, two series were returned since there was only one parameter both of the times. 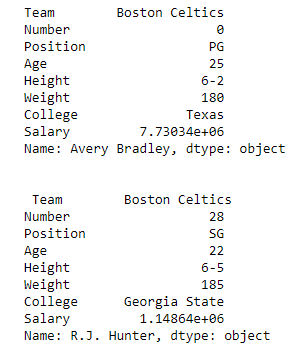 In order to select multiple rows, we put all the row labels in a list and pass that to .loc function.

Selecting all of the rows and some columns 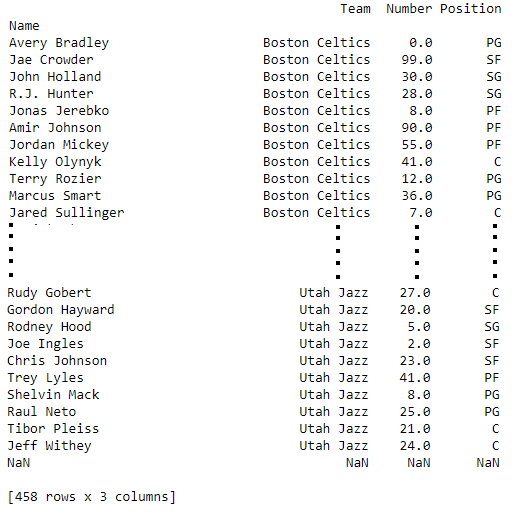 In order to select a single row using .iloc[], we can pass a single integer to .iloc[] function. 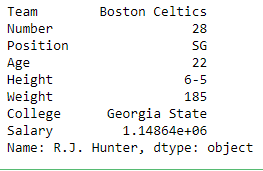 In order to select multiple rows, we can pass a list of integer to .iloc[] function.

Selecting all the rows and a some columns

In order to select all rows and some columns, we use single colon [:] to select all of rows and for columns we make a list of integer then pass to a .iloc[] function. 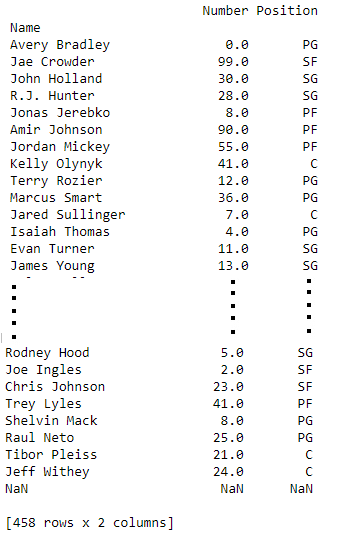 Indexing a using Dataframe.ix[ ] :
Early in the development of pandas, there existed another indexer, ix. This indexer was capable of selecting both by label and by integer location. While it was versatile, it caused lots of confusion because it’s not explicit. Sometimes integers can also be labels for rows or columns. Thus there were instances where it was ambiguous. Generally, ix is label based and acts just as the .loc indexer. However, .ix also supports integer type selections (as in .iloc) where passed an integer. This only works where the index of the DataFrame is not integer based .ix will accept any of the inputs of .loc and .iloc.
Note: The .ix indexer has been deprecated in recent versions of Pandas. 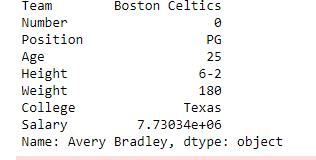 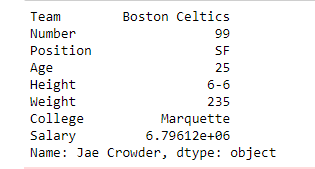 Methods for indexing in DataFrame