Example #1: Single Parameter filtering
In the following Example, Rows are checked and a boolean series is returned which is True wherever Gender=”Male”. Then the series is passed to data frame to see new filtered data frame.

Output:
As shown in the output image, only Rows having gender = “Male” are returned. 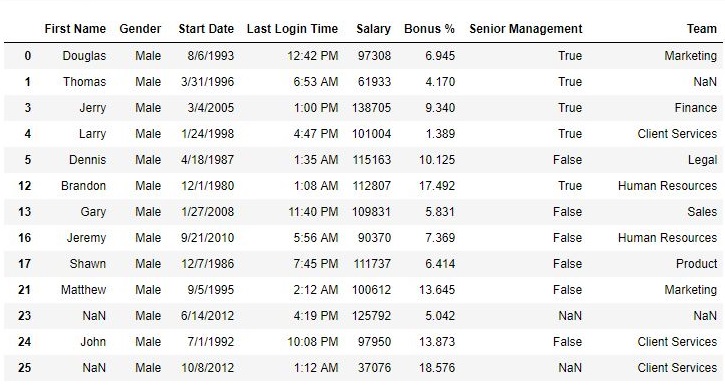 Example #2: Multiple parameter Filtering
In the following example, the data frame is filtered on the basis of Gender as well as Team. Rows having Gender=”Female” and Team=”Engineering”, “Distribution” or “Finance” are returned.

Output:
As shown in the output image, Rows having Gender=”Female” and Team=”Engineering”, “Distribution” or “Finance” are returned.