Conic Sections are the figures or curves which are generated from the sections of the cone. Different curves are generated when we cut the cone with a plane at different angles. Ellipse is also a part of conic sections. Other conic sections include – circles, parabola, hyperbola, etc. We encounter ellipse at a lot of places in our lives, for example – A rugby ball or an egg is in an oval shape, which when projected to 2d give us an ellipse. Planetary motion is also another example of the ellipse. Planets revolve around the sun in the form of an ellipse. It is essential for us to study ellipse to be able to work on these problems. Let’s introduce the ellipse and see its properties in detail. 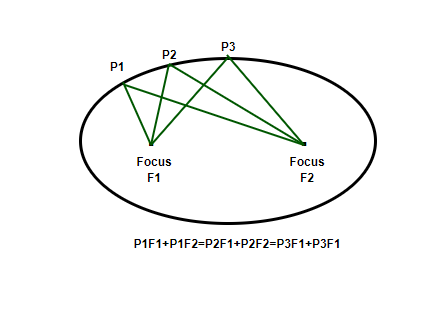 Note: The constant distance that is mentioned above should always be less than the distance between the two focal points.

The figure below shows a labeled diagram of the ellipse. 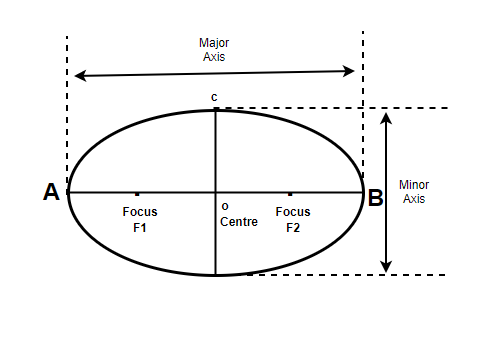 Let’s say the length of the major axis is 2a and while that of the minor axis is 2b. The distance between two foci is defined as 2c. The diagram below demonstrates the axes and their lengths. 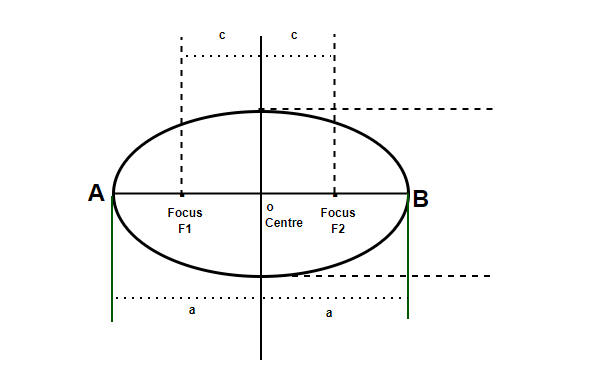 Further sections, introduce the properties and the equation of the ellipse.

Relationship between Major and Minor Axes

We have defined the major and minor axes in the previous sections. Now the question that comes to mind is that are they related to each other in some way? Are there any special cases of the ellipse? First, let’s establish the relationship between the major and the minor axes.

Consider point A. The distance of A from the two Centre is,

From point B on the minor axis.

We know from the definition of the ellipse that,

The figure below represents a standard ellipse, with F1 and F2 as foci and O as the mid-point of the line segment F1F2. Suppose there is a point on ellipse P(x, y). We know, 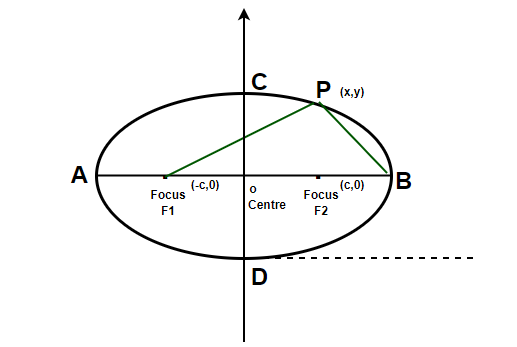 We will use the distance formula to substitute the values of BF1, BF2.

The figures below represent the other possible cases for the ellipse. 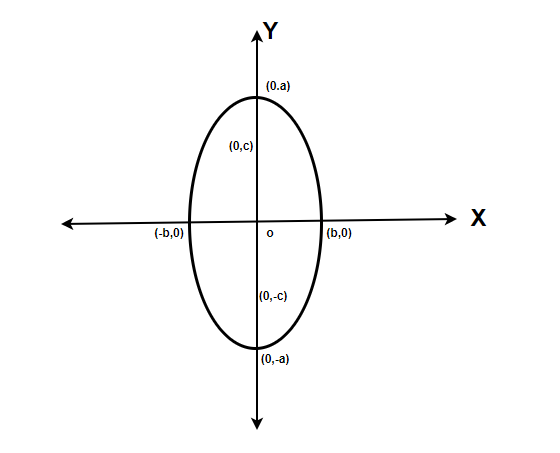 The equation for this ellipse will be,

This is a line segment that goes through both foci and is perpendicular to the major axis. Its ends lie at its intersection with the ellipse. Let the length of the AF2 be l. 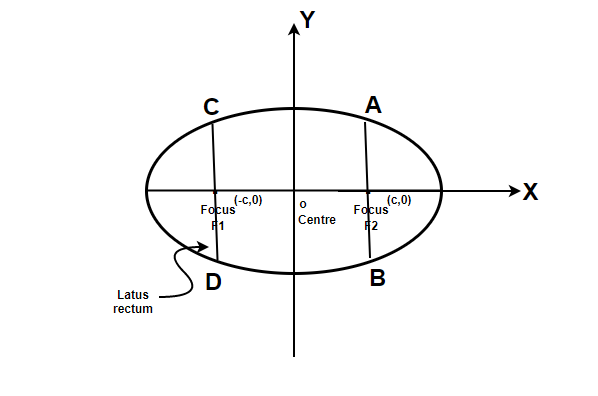 Now the coordinates of A will be (c, l). Now we know that A lies on the ellipse, so it will satisfy the equation of the ellipse. 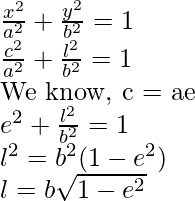 Since the major axis is x-axis, the ellipse equation should be,

Question 2: Find the equation of an ellipse with origin as centre and x-axis as major axis. Given that the distance between two foci is 10cm, e = 0.4 and b = 4cm

Standard equation of the ellipse is,

So, the equation of ellipse is,

Standard equation of the ellipse is,