One of the most powerful tools in any engineer or scientist’s toolkit is 3D geometry. 3D geometry comes to picture into model real-world quantities such as velocity, fluid flows, electrical signals, and many other physical quantities. In this article, we are going to discuss two important formulas Distance and Section along with some important examples. One can understand any 3D space in terms of 3 coordinates- x, y, and z. Below is a simple representation of 3D space. 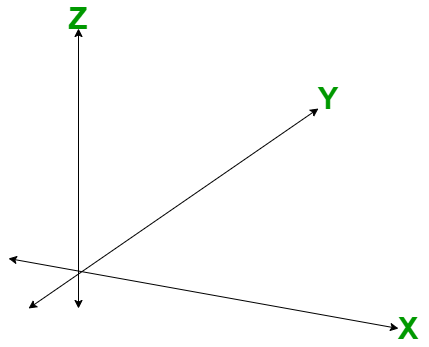 Distance Formula and Its Use in 3D Geometry

The distance formula states the distance between any two points in the XYZ space.

The Distance Between Two Points: Formulas, and Solved Examples

Using the formula to calculate the distance between point P and Q,

We know that points are said to be collinear if they lie on a line.

The Distance of Point From a Line: Meaning, Formulas, and Examples

Where ‘s’ is the directing vector of line l. 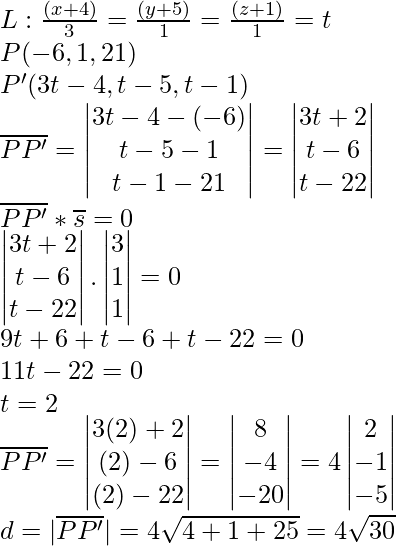 The Distance of a Point from a Plane: Formulas, Equations, and Examples 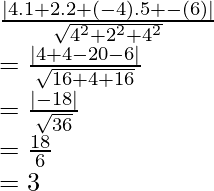 The Distance Between Parallel Lines: Formulas and Examples

If the equation of two parallel lines is given as:

Where a and b are the coefficients of variables x and y in the line.

Using formula for this case, distance (d) will be calculated as:

Section formula is the concept that can be implemented in 2D and 3D space as well. In three dimension system, we have to choose a coordinate system. Suppose two points P(x1, y1, z1) and Q (x2, y2, z2) are given and let the point R (x, y, z) divide PQ in the given ratio m: n internally. Hence, the coordinates of the point R which divides the line segment joining two points P (x1, y1, z1) and Q (x2, y2, z2) internally in the ratio m: n can be calculated using the formula,

If the point R divides PQ externally in the ratio m: n, then its coordinates are obtained by replacing n by – n, and the formula for the same is,

Case 2: The coordinates of the point R which divides PQ in the ratio k: 1 are obtained by taking k=

which are as given below,

Thus, the required point is

point P divides AB in the ratio k: 1. Then coordinates of the point P are

Let us examine whether, for some value of k, the point P coincides with point C.