So, where should one look for it in day to day lives?

It can be seen anywhere, for example, Weatherman takes a reading from the thermometer. The thermometer usually gives a reading in Celsius or Fahrenheit. The weatherman then converts it using some formula. That formula can be thought of as something which resides in the “Function Machine” box given in the figure above. It takes input temperature in degree Celsius and converts it into Fahrenheit. Now, can one reading of degree celsius give us two different temperature outputs in Fahrenheit? No. That’s why a rule is put on the function machine that it cannot give two outputs on taking one input.

Let’s look at it in a formal and mathematical way.

Let’s assume A and B to be two non-empty sets, the sets of all ordered pairs (x, y) where x∈A and y∈B is called a Cartesian product of the sets.

Following the above definition, let Cartesian product be X,

A relation from set A to set B is a subset of the cartesian product set A x B. The subset is made up by describing a relationship between the first element and the second element of elements in A x B.

There are 8 main types of relations which include:

A function is a special kind of relation. It is a relation in which each domain value maps only to one range value. It is denoted by ƒ:X⇒Y

What this means that it is a function from X to Y. It takes input from set X and gives the unique value from set Y as output. “X” is called the domain of the function while “Y” is called the co-domain. 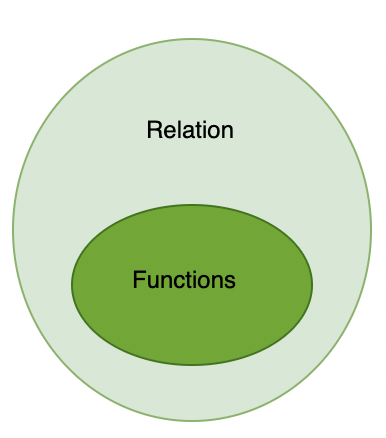 As described earlier in the introduction, it can be thought of as a block/machine which runs on some formula or rule. It takes input and spits out the output.

Here, the function takes a number as input. So its domain is all real numbers and in the output it gives the square of that number as output. So the co-domain will be all the positive numbers.

Now, coming to the question whether this mathematical expression is function or not.

According to the definition for each value of X, it should give a unique output but vice versa is not true. That is for different values of x it can give same value as output and will still be considered as function.

Since the condition is not violated, it will be considered as a function.

Some other examples of functions:

What makes a relation a function?

A relation in which an element is mapped to only range value is called a function. To determine if a relation is a function, we just need to make sure that no element has two corresponding range values.

Question 1: A relation is given in the table below, find out whether this relation is a function or not.

In this table, when x = 2, we have two corresponding values of Y. This violates the one input-one output property function. So this is not a function.

Question 2: A relation is given in the table below, find out whether this relation is a function or not.

In the above relation, each input has only one corresponding range value. So, this relation is a function.

Graphs of the Functions

All the functions can be plotted on a graph, with input values on the x-axis and their outputs on the y-axis. For example:

Let’s say f(x) = x, where x can be any real number. The graph for this function will look similar to the graph of y = x.

How do we recognize a function from its graph?

From the condition that was described above, it’s concluded that there cannot be two values of the function at a single value of x.

So, let’s see some examples of functions and non-function. 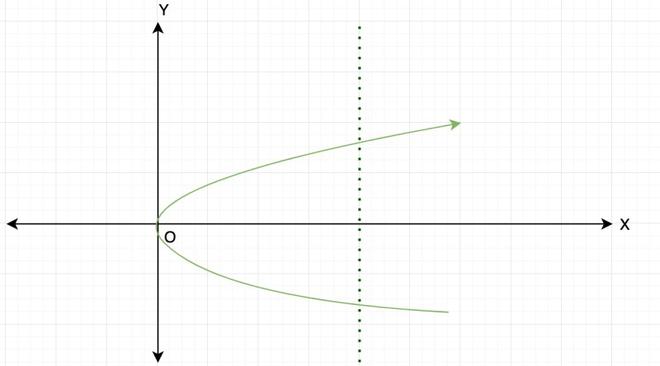 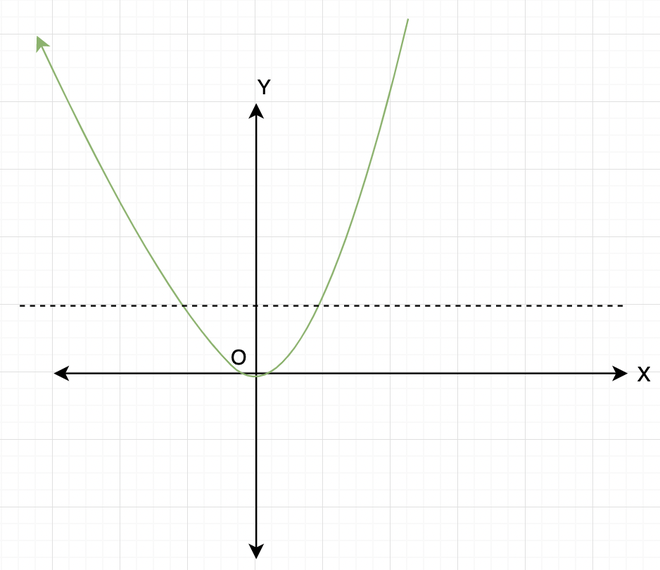 Difference between Equations and Functions

x2 + y2 = 4 is an equation that does not define a unique function. Its graph is a circle, which is not a function. The graph of equations represents all those points where equality is satisfied while the graph of a function represents the values outputted by function on giving different input values.

Question 1: Find out the range of function: ƒ(x) =

Since the value inside the root cannot be negative, x2 should be less than 16.

For the range, let y= 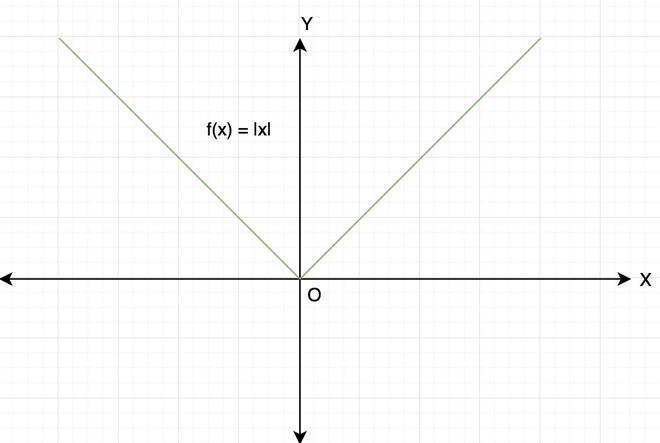