Python | Working with buttons in Kivy

Now in this article, we will learn how to build a button in kivy, just like the button we use in calculators and many more places, adding functionality to the button, styling of the button.

The Button is a Label with associated actions that are triggered when the button is pressed (or released after a click/touch). We can add functions behind the button and style the button.

Code #1: How to create button in kivy. 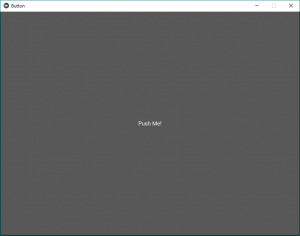 In the above output, the button will cover the whole window as we have not given any specific size or done any styling in the button so by default it shows button size equal to window size. 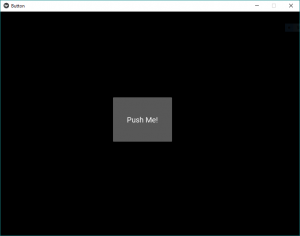 These are just similar to the HTML, CSS effects. By this, we fix the position of a button at the center of the window, text size, colour and anything you want.

Code #3 Adding Functionality behind the button.

One of the most common problems for new Kivy users is misunderstanding how the bind method works, especially amongst newer Python users who haven’t fully formed their intuition about function calls.
The thing is that the bind method doesn’t know about the existence of a function or its arguments, it only receives the result of this function call. As in the given code when the button is pressed it prints that “button pressed” def in the function callback.

In the given code inside bind() we use on_press because when button press it tells the function that button is pressed then the bind uses its functionality. 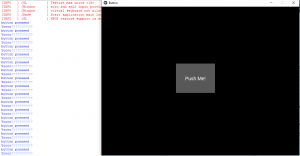