Kivy is a platform independent GUI tool in Python. As it can be run on Android, IOS, linux and Windows etc. It is basically used to develop the Android application, but it does not mean that it can not be used on Desktops applications.
In this article we will going to learn about how can we create a rounded or circular button in kivy using canvas. You must have a very clear concept of canvas, button and their properties to learn how can you make buttons like this. As we know canvas is the root object used for drawing by a Widget. Each Widget in Kivy already has a Canvas by default. When you create a widget, you can create all the instructions needed for drawing.
To use canvas you must have to import the graphics in your file.

Some important properties used in this article –
border :
1) Border used for BorderImage graphics instruction. Used with background_normal and background_down. Can be used for custom backgrounds.
2) It must be a list of four values: (bottom, right, top, left).
3) border is a ListProperty and defaults to (16, 16, 16, 16)
Button behavior :
1) The Button Behavior mix in class provides Button behavior.
2) You can combine this class with other widgets, such as an Image, to provide alternative buttons that preserve Kivy button behavior.

Implementation of the Approach
main.py 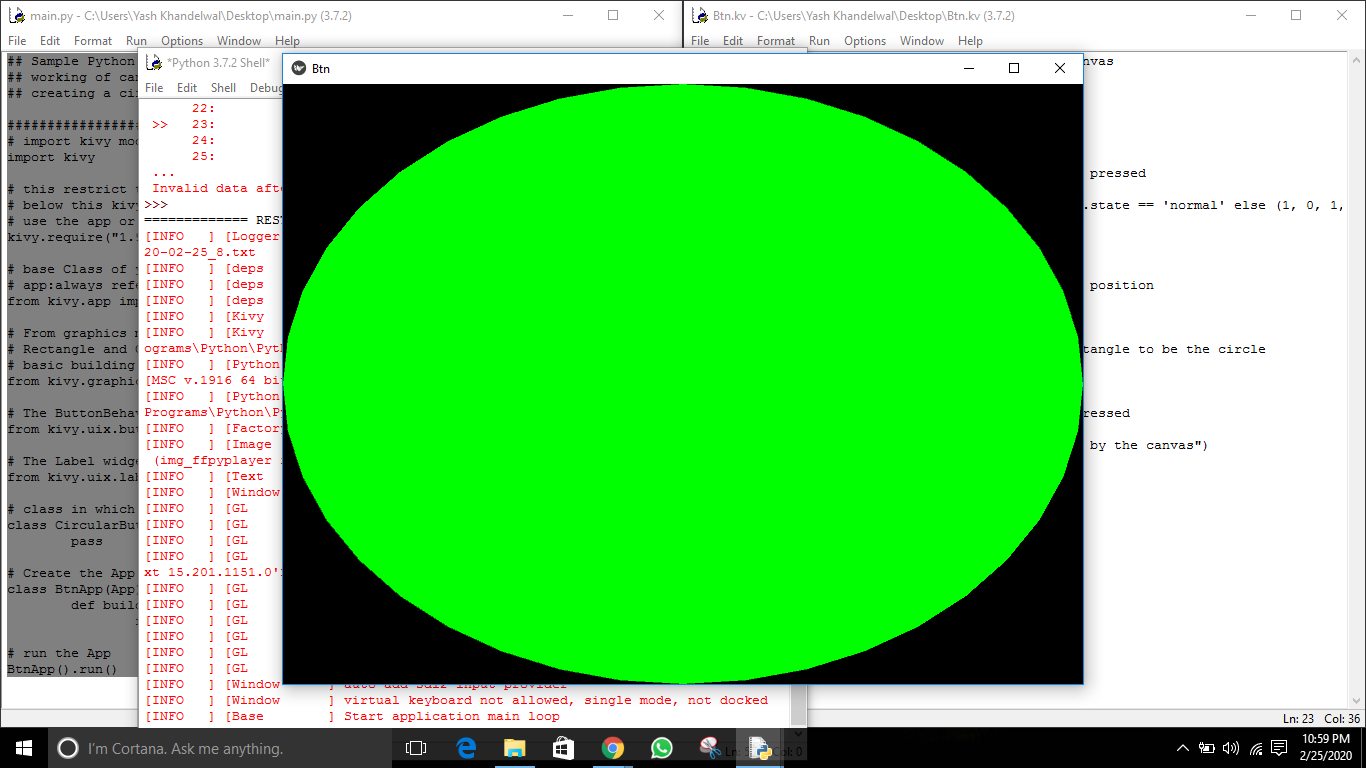 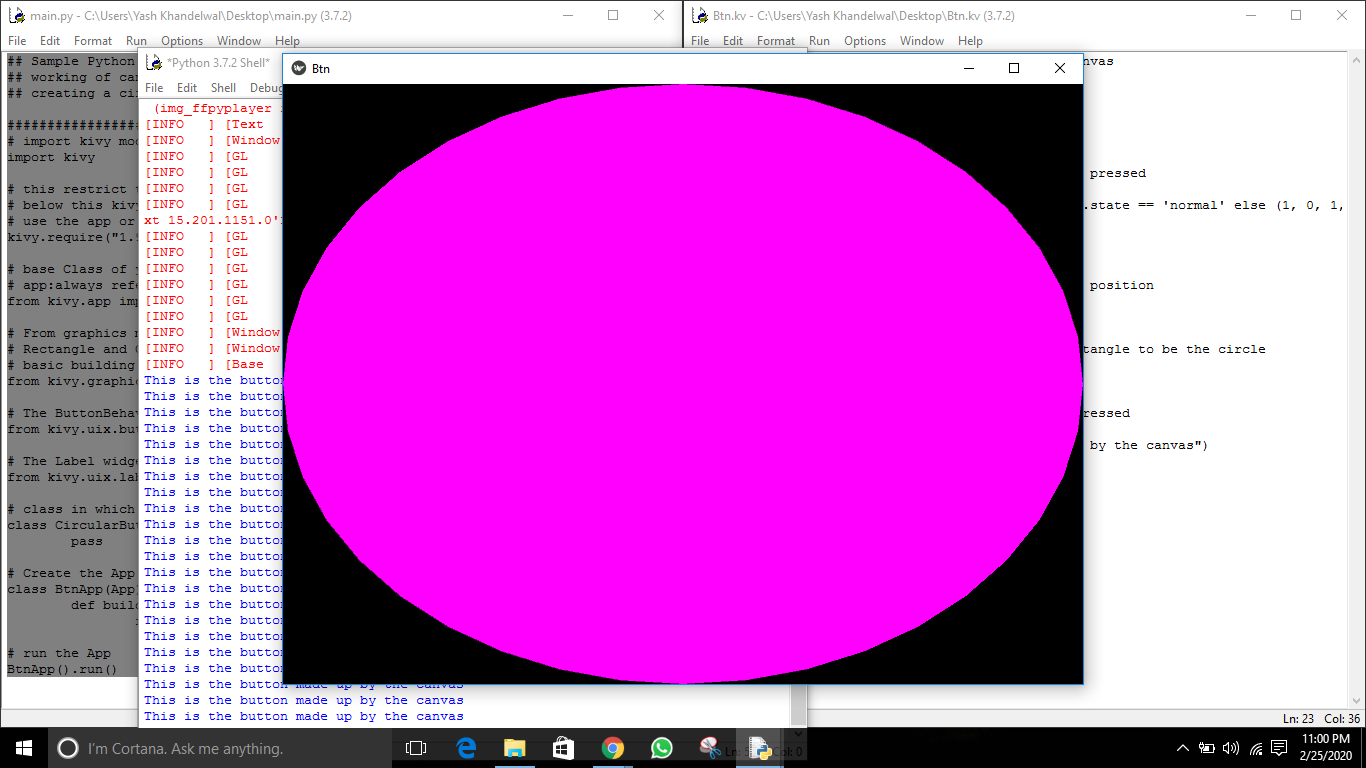