Introduction of a Router

Prerequisite – Network Devices
A Router is a networking device that forwards data packets between computer networks.
Let us understand this by a very general example, suppose you search for www.google.com in your web browser then this will be a request which will be sent from your system to the google`s server to serve that webpage, now your request which is nothing but a stream of packets don`t just go the google`s server straightaway they go through a series of networking devices known as a router which accepts this packets and forwards them to correct path and hence it reaches to the destination server. 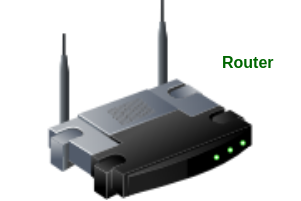 The architecture of a Router:
A Generic router consist of the following components: