We all know about Wi-Fi, in our mobile, laptop everywhere Wi-Fi is supported. Wi-Fi is a wireless networking technology, by which we can access networks or connect with other computers or mobile using a wireless medium. In Wi-Fi, data are transferred over radio frequencies in a circular range.

Wi-Fi, a brand name given by the Wi-Fi Alliance (formerly Wireless Ethernet Compatibility Alliance), is a generic term that refers to the communication standard for the wireless network which works as a Local Area Network to operate without using the cable and any types of wiring. It is known as WLAN. The communication standard is IEEE 802.11. Wi-Fi works using Physical Data Link Layer.

Nowadays in all mobile computing devices such as laptops, mobile phones, also digital cameras, smart TVs has the support of Wi-Fi. The Wi-Fi connection is established from the access point or base station to the client connection or any client-to-client connection within a specific range, the range depends on the router which provides the radio frequency through Wi-Fi. These frequencies operate on 2 types of bandwidth at present, 2.4 GHz and 5 GHz.

All the modern laptops and mobiles are capable of using both bandwidths, it depends on the Wi-Fi adapter which is inside the device to catch the Wi-Fi signal. 2.4 GHz is the default bandwidth supported by all the devices. 2.4 GHz can cover a big range of areas to spread the Wi-Fi signal but the frequency is low, so in simple words, the speed of the internet is less and 5 GHz bandwidth is for a lower range of area but the frequency is high so the speed is very high.

The concept of Wi-Fi is very old but its implementation is not so old. At first ALOHA System is a wireless network system that is used to connect Hawaii island via a network in the year 1971. Where the protocol is used for this was ALOHA protocol and the network used packet transfer. Later it’s converted to IEEE 802.11 protocol.

Then in 1985, the Federal Communications Commission (FCC) released a new network for general uses which works on 900 Mhz, 2.4 GHz, and 5.8 GHz bandwidth. This is known as the ISM band. Also, IBM introduced a Token Ring LAN network for connecting several computers, it can transfer data at 4 Mb/s speed. Then in 1988, a wireless cashier system was invented based on the Token Ring LAN network known as waveLAN, it operates at 900MHz or 2.4 GHz band and offers speeds of 1 to 2 Mbps. Then it was converted to IEEE 802.11LAN/MAN standards in 1989. ?Then in 1990, IEEE 802.11 Working Group for Wireless LANs is established by Vic Hayes, who was known as the “Father of Wi­Fi”.

Then in 1994, Dr. Alex Hills introduced a research project on the wireless network, which provided coverage of the network to 7 buildings wirelessly.

Then in 1996 Commonwealth Scientific and Industrial Research Organization (CSIRO) introduced a wireless network based on the same protocol 802.11, later it was known as IEEE 802.11a standards.

Then after a month, the IEEE 802.11a standard is approved officially, which provides up to 54 Mb/s link speed over the 5 GHz band, but the signal range is weaker than the 2.4 GHz band.

Then in 2009, 802.11n is developed, which supports both 2.4 GHz and 5 GHz radiofrequency. And these are used simultaneously by dual-band routers and can reach maximum speeds of 600 Mbps.

Wi-Fi has many applications, it is used in all the sectors where a computer or any digital media is used, also for entertaining Wi-Fi is used. Some of the applications are mentioned below –

Wi-Fi has several types of standards, which are discussed earlier, here just the name of the standards are defined,

How does Wi-Fi work?

Wi-Fi is a wireless technology for networking, so it uses Electromagnetic waves to transmit networks. We know that there are many divisions of Electromagnetic waves according to their frequency such as X-ray, Gamma-ray, radio wave, microwave, etc, in Wi-Fi, the radio frequency is used. For transmitting Wi-Fi signal there is three medium, 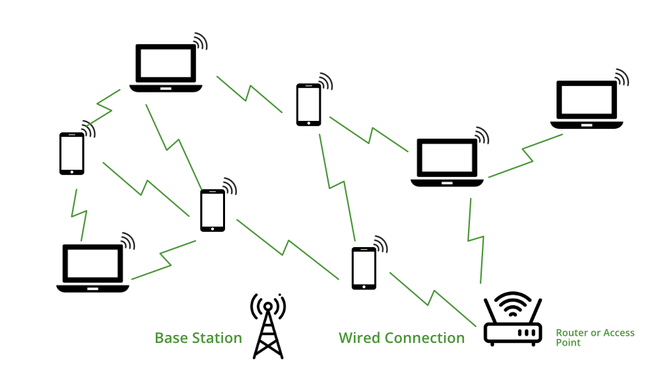 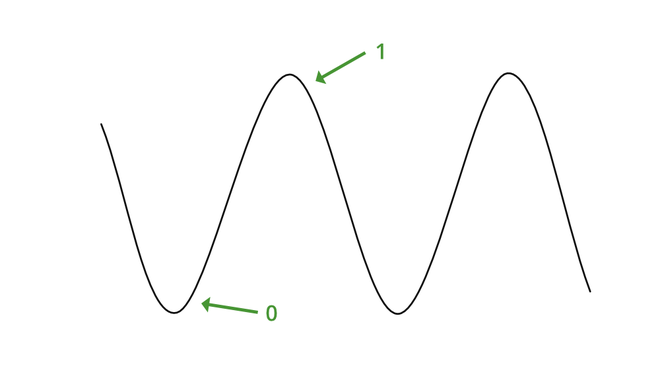 How signals are reached to our devices? 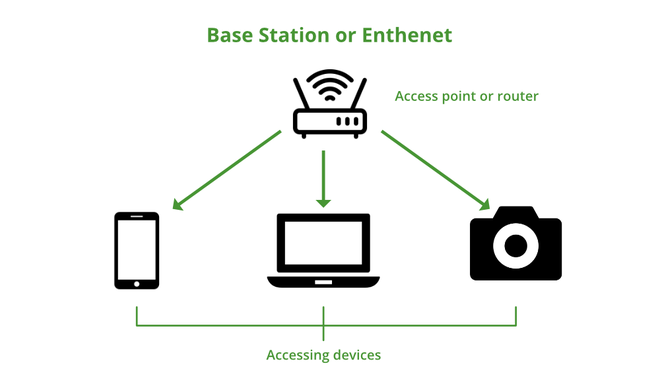