Fundamentally, all clustering methods use the same approach i.e. first we calculate similarities and then we use it to cluster the data points into groups or batches. Here we will focus on Density-based spatial clustering of applications with noise (DBSCAN) clustering method.

Clusters are dense regions in the data space, separated by regions of the lower density of points. The DBSCAN algorithm is based on this intuitive notion of “clusters” and “noise”. The key idea is that for each point of a cluster, the neighborhood of a given radius has to contain at least a minimum number of points. 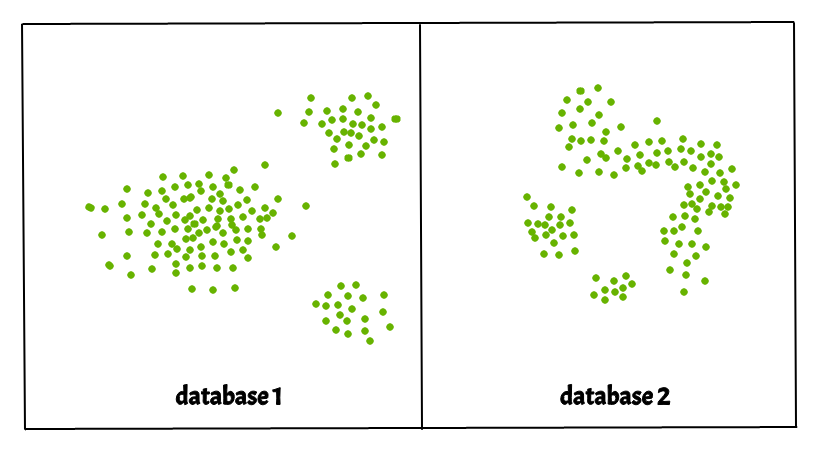 Why DBSCAN ?
Partitioning methods (K-means, PAM clustering) and hierarchical clustering work for finding spherical-shaped clusters or convex clusters. In other words, they are suitable only for compact and well-separated clusters. Moreover, they are also severely affected by the presence of noise and outliers in the data.

Real life data may contain irregularities, like –
i) Clusters can be of arbitrary shape such as those shown in the figure below.
ii) Data may contain noise. 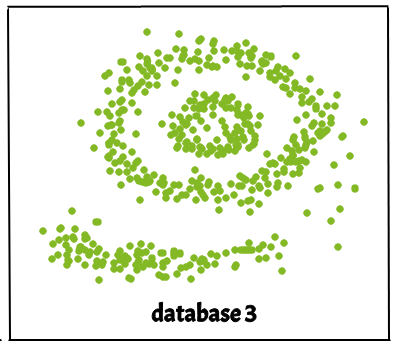 The figure below shows a data set containing nonconvex clusters and outliers/noises. Given such data, k-means algorithm has difficulties for identifying these clusters with arbitrary shapes.

DBSCAN algorithm can be abstracted in the following steps –

Below is the DBSCAN clustering algorithm in pseudocode:

Implementation of above algorithm in Python :

Here, we’ll use the Python library sklearn to compute DBSCAN. We’ll also use the matplotlib.pyplot library for visualizing clusters.

The dataset used can be found here. 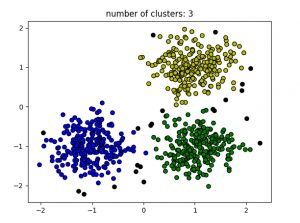 Black points represent outliers. By changing the eps and the MinPts , we can change the cluster configuration.

Now the question should be raised is – Why should we use DBSCAN where K-Means is the widely used method in clustering analysis?

Basically, DBSCAN algorithm overcomes all the above-mentioned drawbacks of K-Means algorithm. DBSCAN algorithm identifies the dense region by grouping together data points that are closed to each other based on distance measurement.

Python implementation of above algorithm without using the sklearn library can be found here dbscan_in_python.