matplotlib.pyplot.psd() function is used to plot power spectral density. In the Welch’s average periodogram method for evaluating power spectral density (say, Pxx), the vector ‘x’ is divided equally into NFFT segments. Every segment is windowed by the function window and detrended by the function detrend. The overlap between segments is given by ‘noverlap’. The |fft(i)|*2 of every segment ‘i’ are averaged together to compute P, with buffered scaling to correct for the power loss due to windowing.

Other parameters:
**kwargs the keyword arguments are used to control the Line2D properties 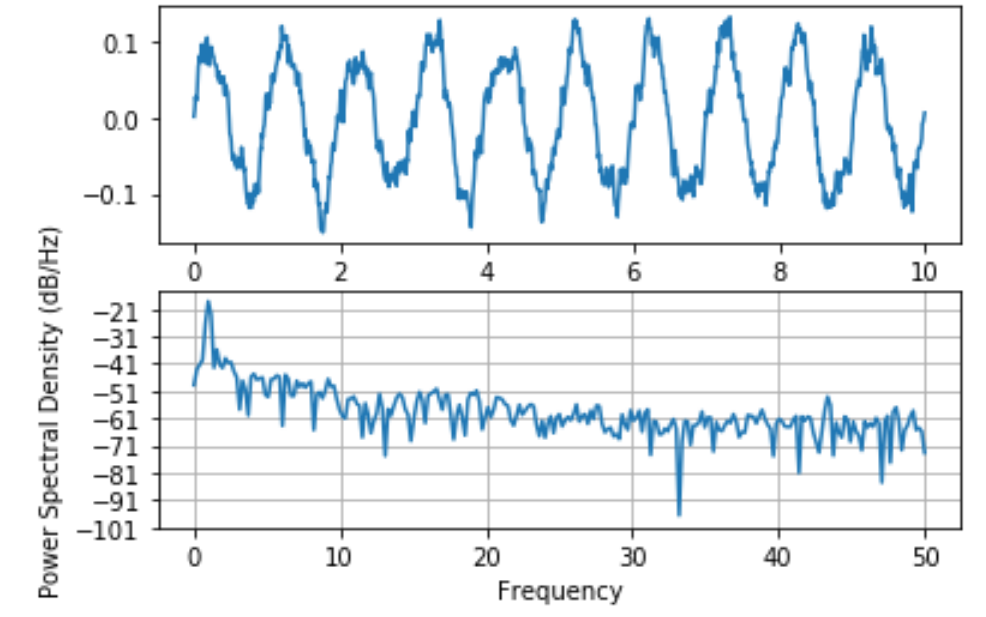 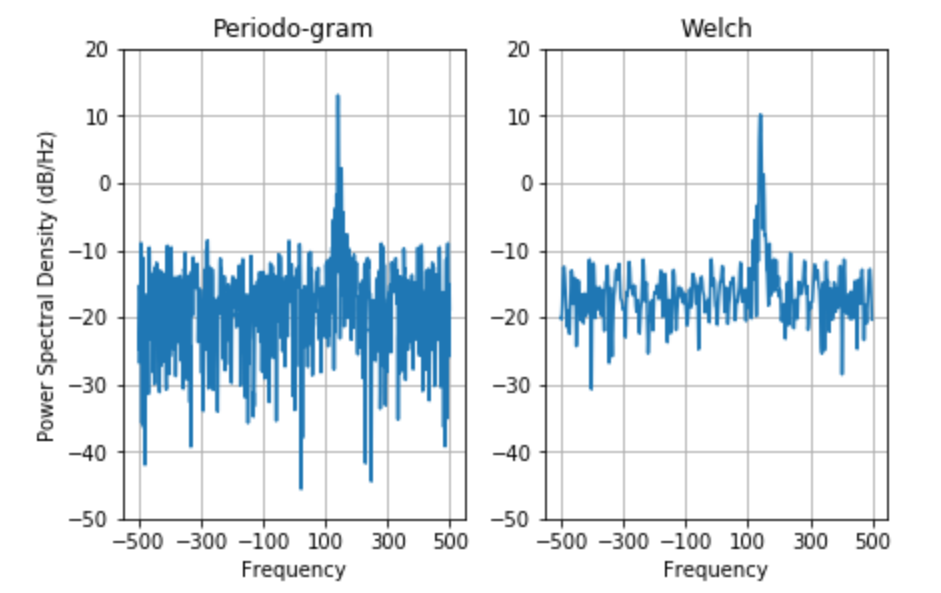