Given a set of training examples, each marked as belonging to one or the other of two categories, an SVM training algorithm builds a model that assigns new examples to one category or the other, making it a non-probabilistic binary linear classifier. Let you have basic understandings from this article before you proceed further. Here I’ll discuss an example about SVM classification of cancer UCI datasets using machine learning tools i.e. scikit-learn compatible with Python. Pre-requisites: Numpy, Pandas, matplot-lib, scikit-learn Let’s have a quick example of support vector classification. First we need to create a dataset: 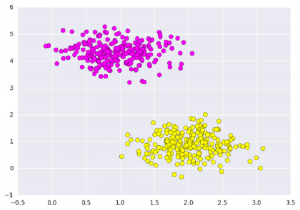 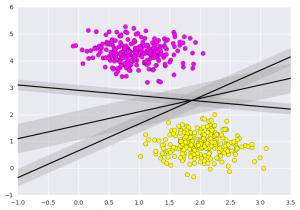 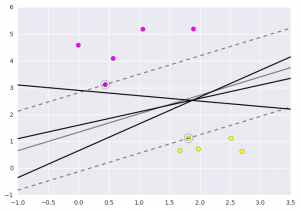 This is obtained by analyzing the data taken and pre-processing methods to make optimal hyperplanes using matplotlib function. This article is contributed by Afzal Ansari. If you like GeeksforGeeks and would like to contribute, you can also write an article using write.geeksforgeeks.org or mail your article to review-team@geeksforgeeks.org. See your article appearing on the GeeksforGeeks main page and help other Geeks. Please write comments if you find anything incorrect, or you want to share more information about the topic discussed above.