Suppose there are set of data points that need to be grouped into several parts or clusters based on their similarity. In machine learning, this is known as Clustering.
There are several methods available for clustering:

are respectively mean and variance of the distribution.
For Multivariate ( let us say d-variate) Gaussian Distribution, the probability density function is given by

is also estimated for each k. Had it been only one distribution, they would have been estimated by the maximum-likelihood method. But since there are K such clusters and the probability density is defined as a linear function of densities of all these K distributions, i.e.

is the mixing coefficient for k-th distribution.
For estimating the parameters by the maximum log-likelihood method, compute p(X| 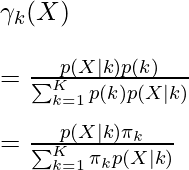 Now for the log-likelihood function to be maximum, its derivative of

should be zero. So equating the derivative of

and pi respectively, one can obtain the following expressions.

denotes the total number of sample points in the k-th cluster. Here it is assumed that there is a total N number of samples and each sample containing d features is denoted by

.
So it can be clearly seen that the parameters cannot be estimated in closed form. This is where the Expectation-Maximization algorithm is beneficial.

The Expectation-Maximization (EM) algorithm is an iterative way to find maximum-likelihood estimates for model parameters when the data is incomplete or has some missing data points or has some hidden variables. EM chooses some random values for the missing data points and estimates a new set of data. These new values are then recursively used to estimate a better first date, by filling up missing points, until the values get fixed.
These are the two basic steps of the EM algorithm, namely E Step or Expectation Step or Estimation Step and M Step or Maximization Step.

Example: In this example, IRIS Dataset is taken. In Python, there is a GaussianMixture class to implement GMM. 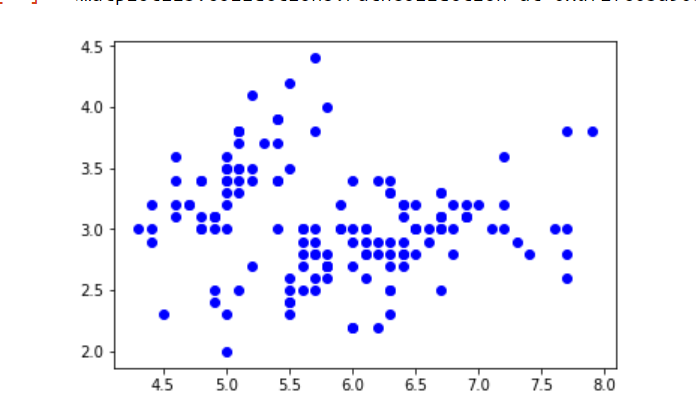 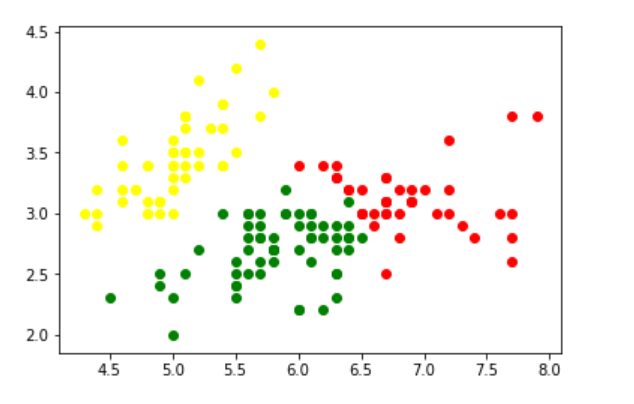