Joe is a person who can’t keep his secrets. He is that much careless that all his relatives and friends know his Debit Card PIN. Today Joe makes a profit of $1000. So he decided to throw a party and he invited his 3 friends: Leena, Paul, and Andrew.
He was in a hurry to reach the home as soon as possible. Coming back to the home he stopped to buy some snacks. While taking out his wallet from his right pocket, by mistake he dropped some money on the ground and didn’t notice that. And this type of incident mostly happens.

His friends arrived, and they started playing ludo on a square shape wooden table as shown below: 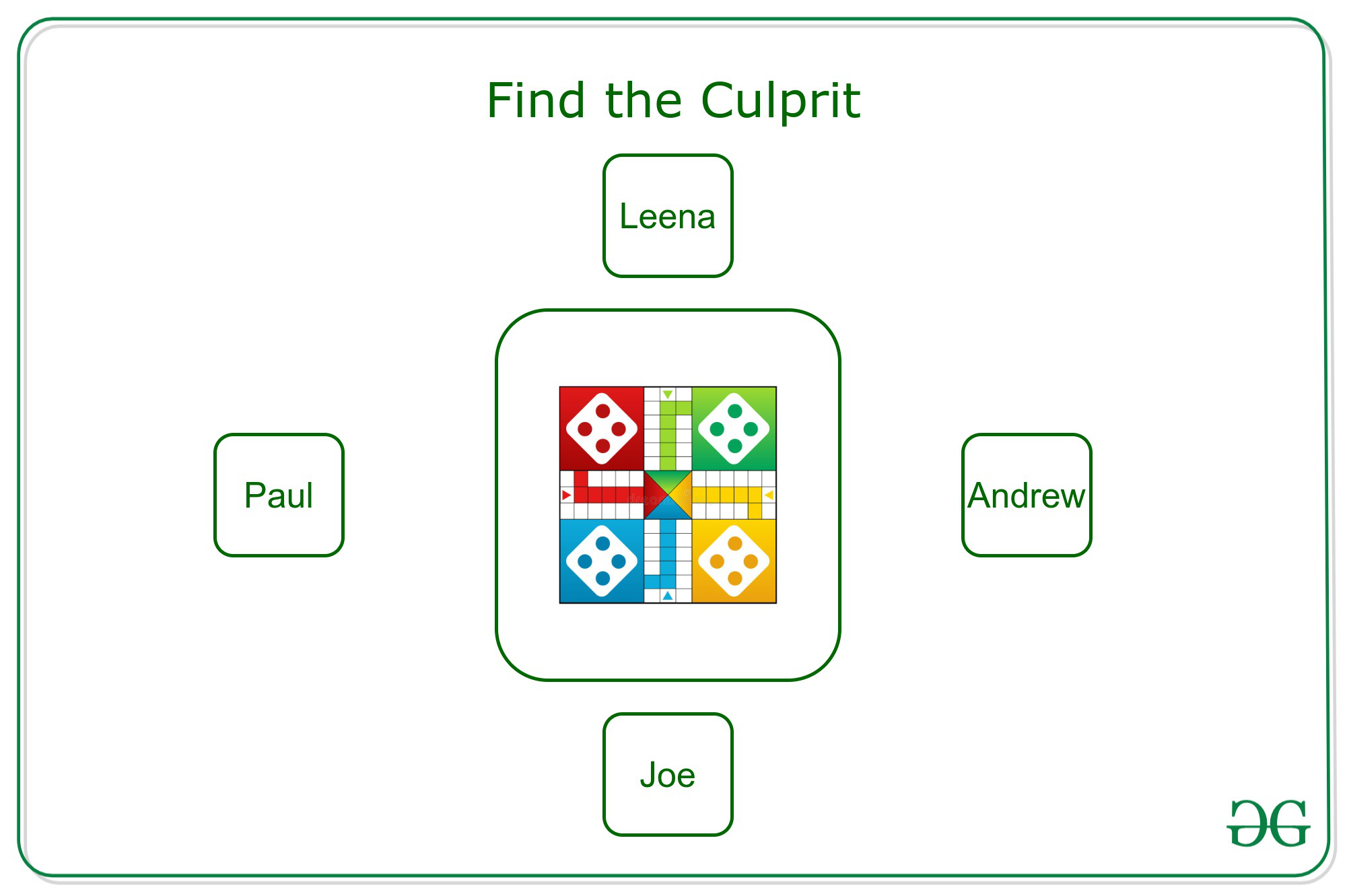 They put a bet on the winner and in the end, Joe loses the bet and he gave money to the winner. One of his friends is getting through economically tough conditions so he decided to steal from Joe’s wallet.

Andrew is the Culprit.

While giving money to the winner Joe takes out his wallet from his right side pocket and he is very careless so his debit card falls on the ground. And on the right side of Joe, Andrew was sitting (according to their order of chances). So only he knew that debit card has fallen. Therefore the culprit was Andrew.