Suppose that I have a friend whose name is Ankur. Ankur has his elder brother who got married 10 years before. But Ankur being a silly guy has the habit of forgetting things; you can say a “Short time memory loss”. This summer he is going to meet his brother after 10 years, and he has planned to purchase some clothes for his brother’s kids as a token of love. Each and every time he faces a problem he comes to me, so this time also, he came to seek help, and I have not left him empty handed. I told him that as far as I can recall, his brother has two offspring’s and one of the boy was born on Tuesday. Now, it’s your turn to help him.  What is the probability that Ankur’s brother has two boys born on tuesday? Assume an equal chance of giving birth to either sex and an equal chance to giving birth on any day. 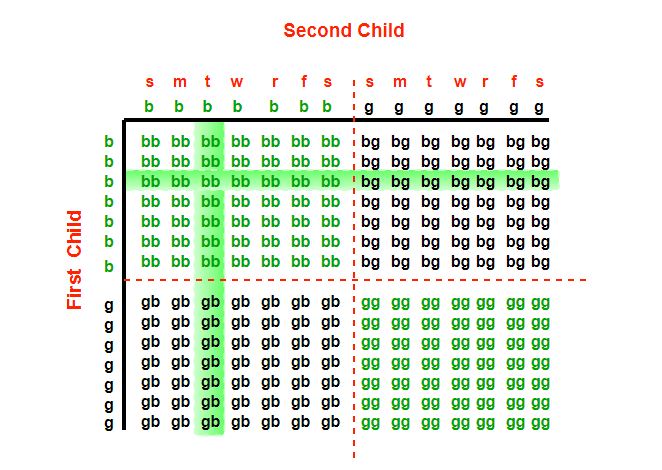