Whenever a random experiment is replicated, the Random Variable that equals the average (or total) result over the replicates tends to have a normal distribution as the number of replicates becomes large. It is one of the cornerstones of probability theory and statistics, because of the role it plays in the Central Limit Theorem, and because many real-world phenomena involve random quantities that are approximately normal (e.g., errors in scientific measurement). It is also known by other names such as- Gaussian Distribution, Bell shaped Distribution. 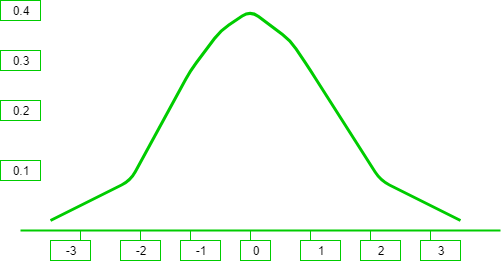 is the Mean. It is easy to get overwhelmed by the above formula while trying to understand everything in one glance, but we can try to break it down into smaller pieces so as to get an intuition as to what is going on. The z-score is a measure of how many standard deviations away a data point is from the mean. Mathematically,

. This is actually in accordance to the observations that we made above. Values away from the mean have a lower probability compared to the values near the mean. Values away from the mean will have a higher z-score and consequently a lower probability since the exponent is negative. The opposite is true for values closer to the mean. This gives way for the 68-95-99.7 rule, which states that the percentage of values that lie within a band around the mean in a normal distribution with a width of two, four and six standard deviations, comprise 68%, 95% and 99.7% of all the values. The figure given below shows this rule- 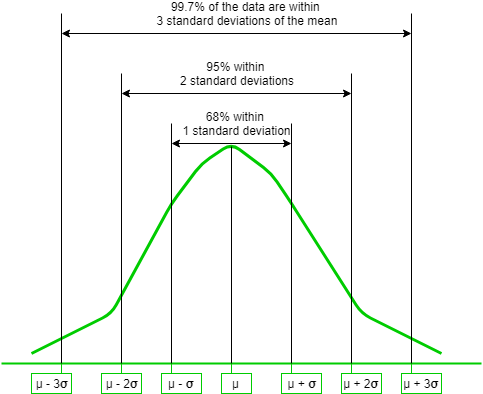 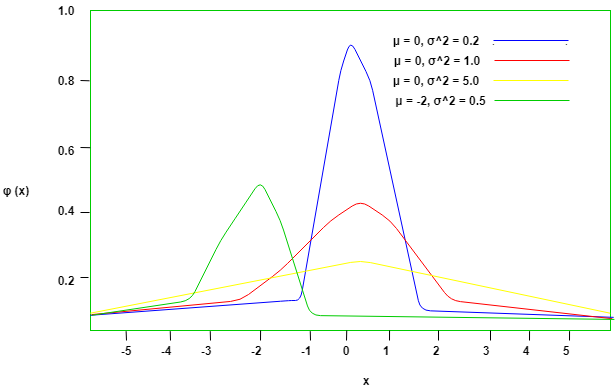 . we know that area or the region inside normal distribution curve is 1 (because probability is 1) therefore

The cumulative density function of normal distribution does not give a closed formula. Hence precomputed values formulated in tables are used wherever required. But these tables only contain data for the standard distribution. In order to find the cumulative probability for a general normal distribution, it is first standardized and then computed using the value tables. This is beneficial in two ways- 1. First, there needs to be only one table to compute probabilities for all normal distributions. 2. Second, the table size is limited to 40 to 50 rows and 10 columns. This is due 68-95-99.7 rule explained above, which says that values within 3 standard deviations of the mean account for 99.7% probability. So beyond X=3 ( 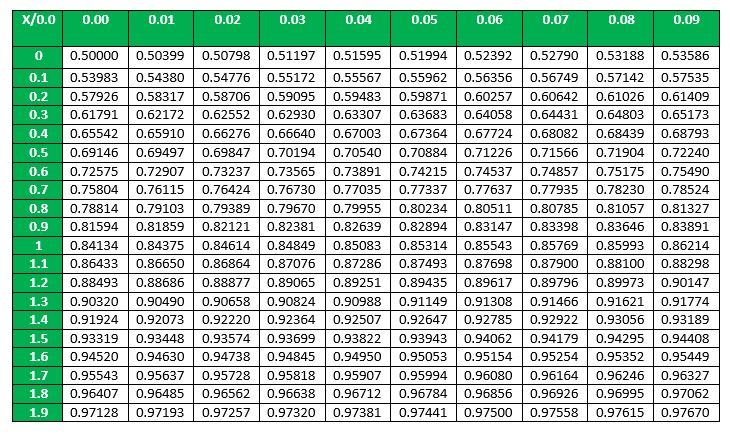 Practicing the following questions will help you test your knowledge. All questions have been asked in GATE in previous years or in GATE Mock Tests. It is highly recommended that you practice them. 1. GATE CS 2008, Question 29