We know how to formulate equations of different degree, and it is used a lot in real life, but the question arises, is it always possible to convert a situation into an equation? Sometimes we get statements like, the number of Covid cases per day in Delhi has reached more than 10,000. This phrase “Less than”, “Greater than”, “less than or equal to” etc. Such phrases are difficult to translate into equations. For such cases, we need to learn how to make equations with inequalities in them. Let’s see this in detail.

Let’s consider an example, Anil wants to buy some cold drinks. Each cold drink costs Rs 20, and he has a total of Rs 190 with him. Suppose he buys x cold drinks. What can be the maximum value of x? It can be represented in the form of an equation given below,

Two real expressions or real numbers related by the symbols “<“, “>”, “≤” or “≥” are called inequalities. The statement given above is an inequality. There are two types of inequalities:

Some general examples of the inequalities are,

Question: Solve the inequality 20x < 80 and show its solutions on a graph.

Now all the value less than 10 are solutions to this inequality. The figure below represents this solution on graph. 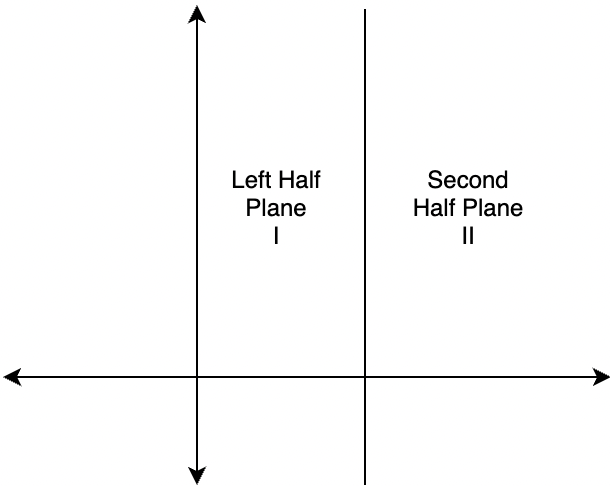 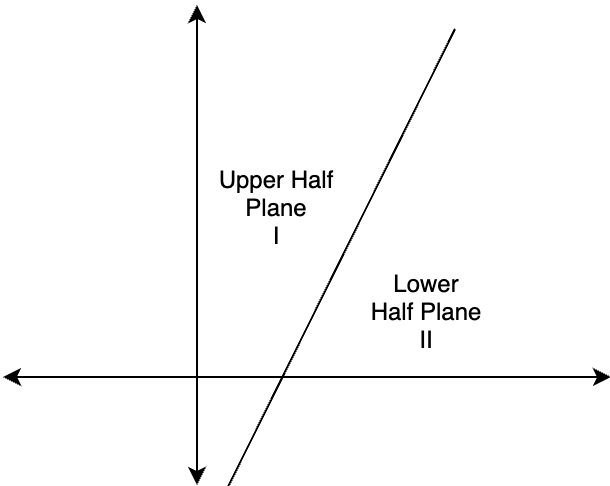 Any point in the Cartesian plane will either lie on the line or on either of the half-planes I and II.

Let’s say we have a line,

Now when we put any point (x, y) in the equation, there are three possible cases:

Let’s see all the cases

Let’s say b > 0. Consider a point(h, k) that satisfies the equation. Then, 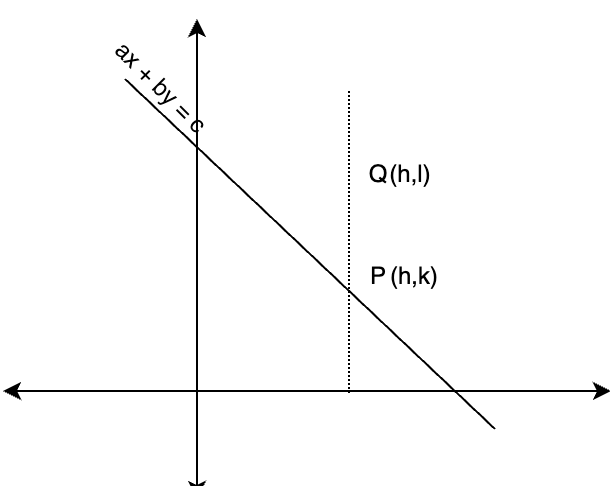 Taking another arbitrary point (h, l). The figure below represents the two points along with the line. We know,

Thus, point (h, l) satisfy the property ax + by > c. Thus, all the points lying in half-plane II satisfy this inequality. For b < 0 also, this can be proved similarly.

All the points satisfying the line, that is lying on the line satisfy this equation.

All the remaining points, that is the points lying in the half-plane I satisfy this inequality. 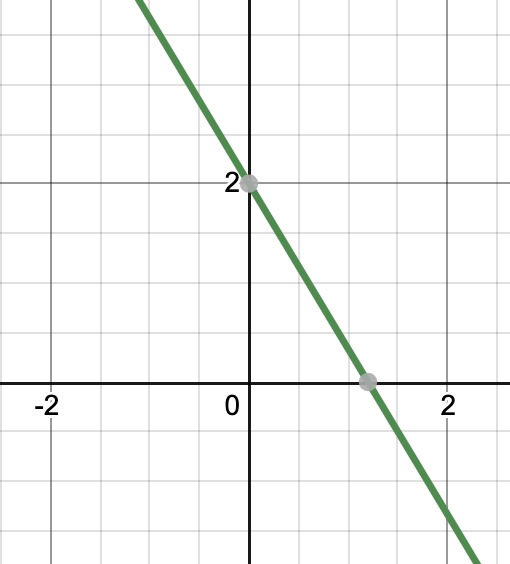 Substituting this point (0,0) in the equation,

Thus points in the lower half will satisfy 5x + 3y < 6. Thus, all the points satisfying the given equation will lie on upper half plane. 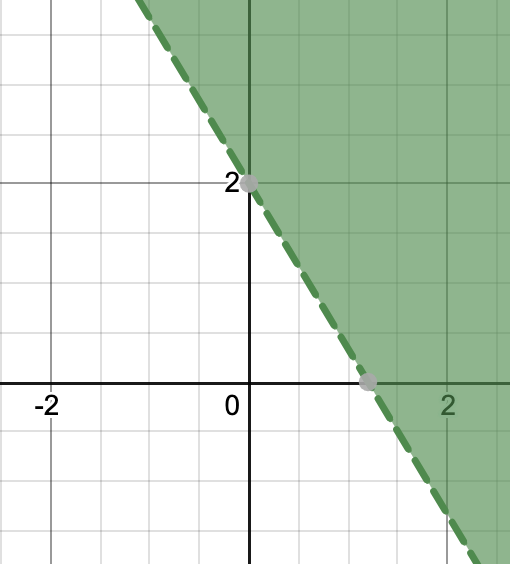 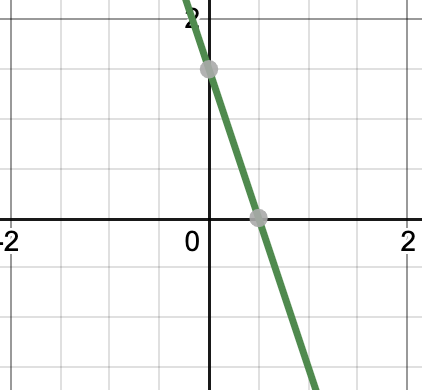 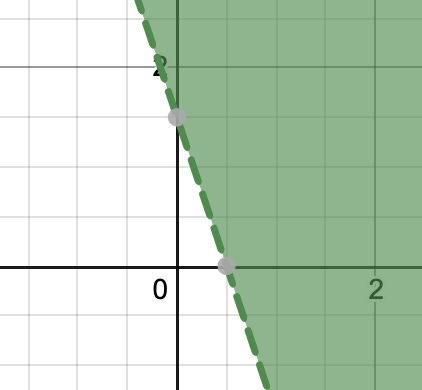 This point satisfies the given equation. Thus, the graph will be, 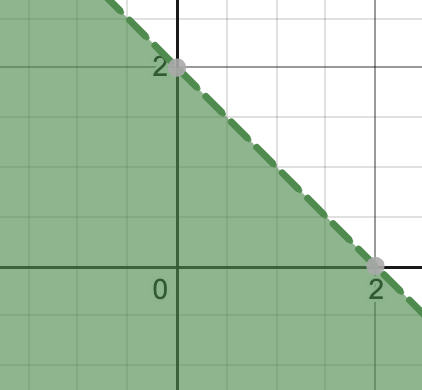 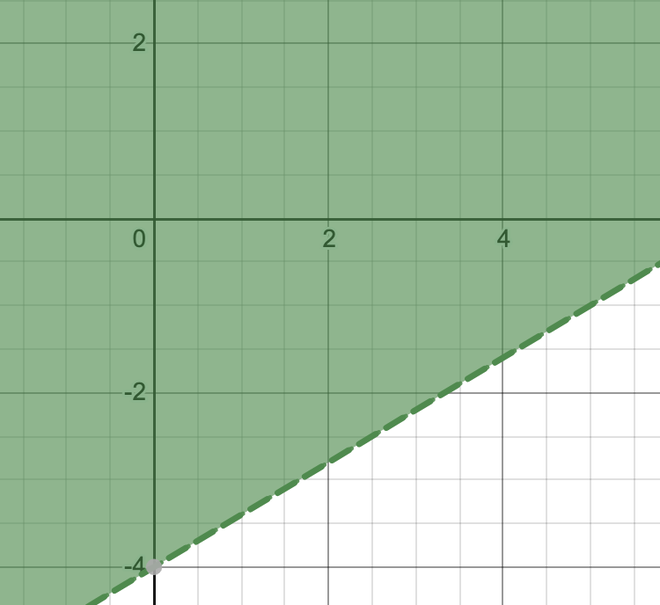 Question 5: Form the inequality from the graph given below. 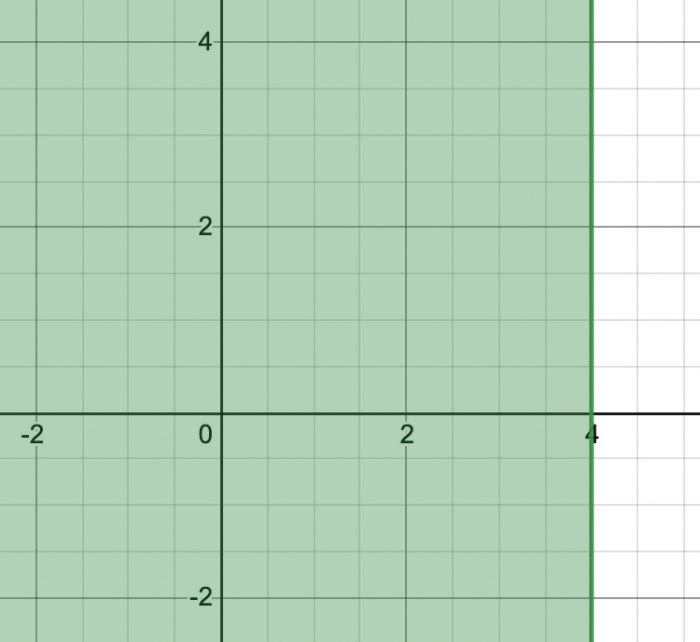 We can see this line is parallel to one of the axes. The equation of the line is,

Question 6: Form the inequality from the graph given below. 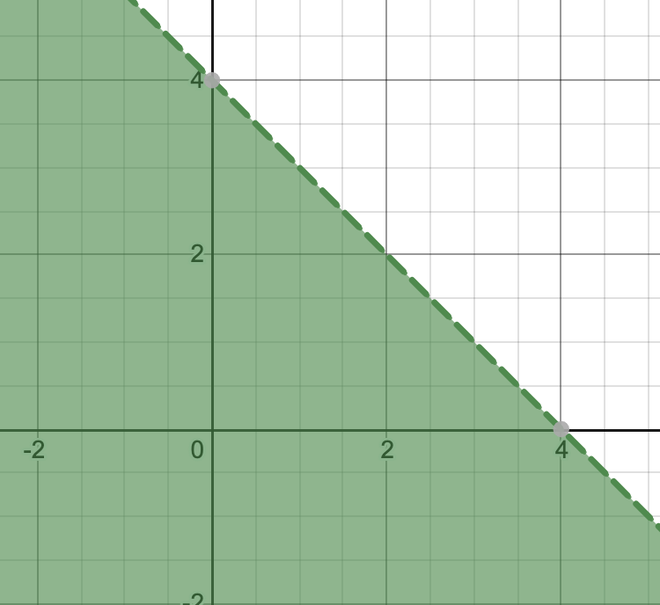 From the graph, first let’s deduce the equation of the line. We can see the that x and y-axis intercepts are of length 4.