Approach used –
Convert a 0 in the first number in to X and then traverse entire input and convert the first blank encountered into 0. Then move towards left ignoring all 0’s and “c”. Come the position just next to X and then repeat the same procedure till the time we get a “c” instead of X on returning. Convert the c into blank and addition is completed. 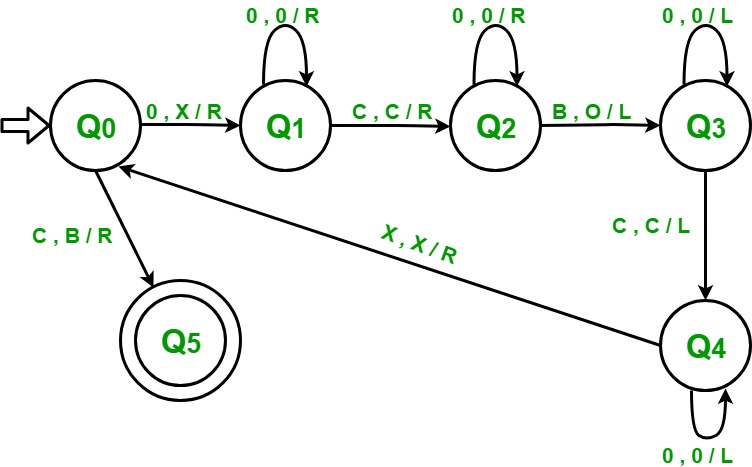