Hypothesis (language regularity) and algorithm (L-graph to NFA) in TOC

Prerequisite – Finite automata, L-graphs and what they represent
L-graphs can generate context sensitive languages, but it’s much harder to program a context sensitive language over programming a regular one. This is why I’ve came up with a hypothesis about what kind of L-graphs can generate a regular language. But first, I need to introduce you to what I call an iterating nest.

As you can remember a nest is a neutral path

path is neutral. We will call

an iterating nest, if

paths print the same string of symbols several times, to be more exact

is a string of input symbols (better, if at least one of

).
From this definition comes out the next hypothesis.

Hypothesis – If in a context free L-graph G all nests are iterating, then the language defined by this L-graph G, L(G), is regular.
If this hypothesis will be proven in the near future, it can change a lot in programming that will make creating new easy programming languages much easier than it already is. The hypothesis above leads to the next algorithm of converting context free L-graphs with iterating nests to an NFA.

So that every step above is clear I’m showing you the next example. 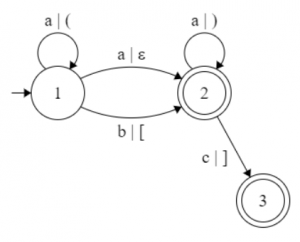 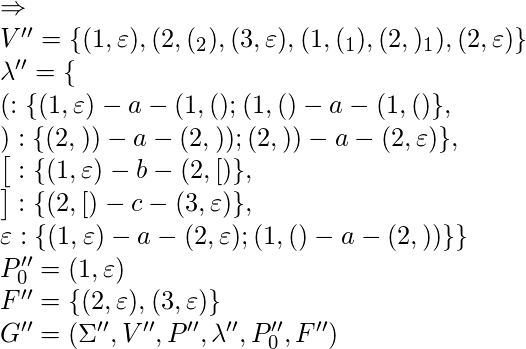 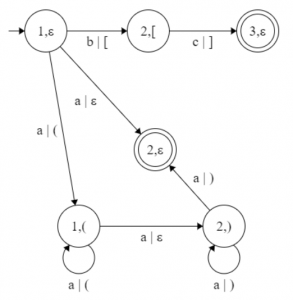 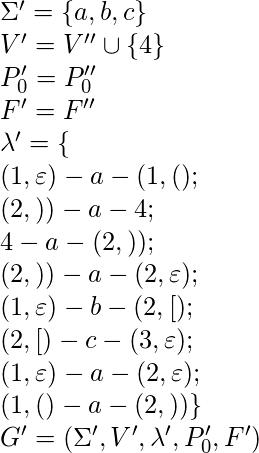 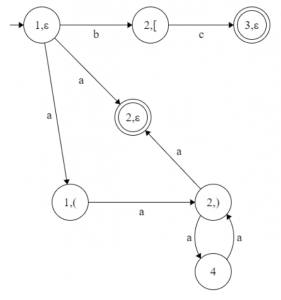