To perform the union operation on two deterministic finite automata (DFAs), the following steps can be taken:

Let’s understand the Union process in Deterministic Finite Automata (DFA) with the help of the below example. Designing a DFA for the set of string over {a, b} such that the string of the language start and end with different symbols. These two desired languages will be formed: 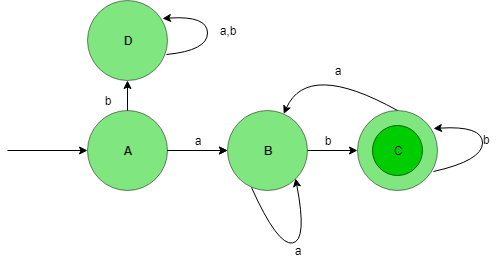 This DFA accepts all the string starting with a and ending with b. Here, State A is initial state and state C is final state. 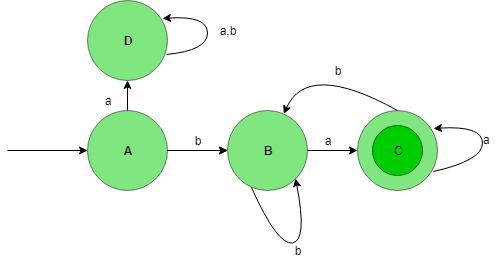 This DFA accepts all the strings starting with b and ending with a. Here, State A is the initial state and state C is the final state. Now, Taking the union of L1 and L2 language gives the final result of the language which starts and ends with different elements. 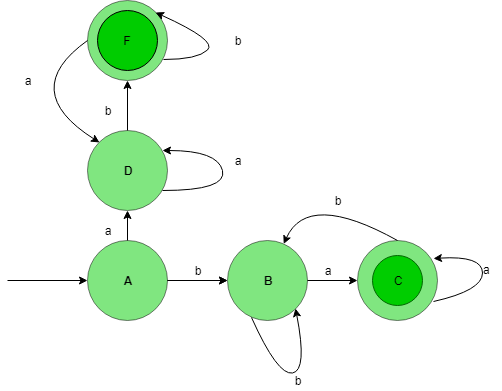 Thus as we see that L1 and L2 have been combined through the union process and this final DFA accept all the language containing strings starting and ending with different symbols.