Saving Text, JSON, and CSV to a File in Python

Opening a text file in Python

Opening a file refers to getting the file ready either for reading or for writing. This can be done using the open() function.

Note: For more information, refer to Open a File in Python.

Saving a Text File in Python

After learning about opening a File in Python, let’s see the ways to save it. Opening a new file in write mode will create a file and after closing the file, the files get saved automatically. However, we can also write some text to the file. Python provides two methods for the same.

with statement in Python is used in exception handling to make the code cleaner and much more readable. It simplifies the management of common resources like file streams. Unlike the above implementations, there is no need to call file.close() when using with statement. The with statement itself ensures proper acquisition and release of resources. 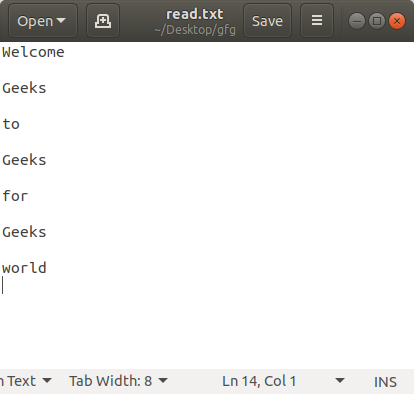 Note: For more information, refer to Writing to file in Python.

Saving a CSV File in Python

CSV is a Comma Separated Values files are most widely utilized for putting tabular data. CSV file stores tabular data (numbers and text) in plain text. Each line of the file is a data record. Each record consists of one or more fields, separated by commas. Python has built-in module called csv to write and Save a CSV File.

To save a CSV File: 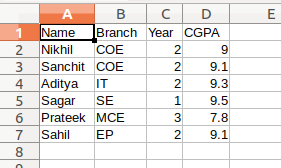 Saving a JSON File in Python

The full-form of JSON is JavaScript Object Notation. It means that a script (executable) file which is made of text in a programming language, is used to store and transfer the data. Python supports JSON through a built-in package called json. The text in JSON is done through quoted-string which contains the value in key-value mapping within { }.

This module provides a method called dump() which converts the Python objects into appropriate json objects. 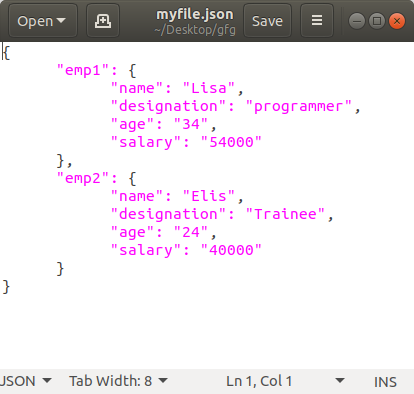 Note: For more information, refer to Working With JSON Data in Python.