What are Irrational Numbers?

Irrational numbers are a special type of number and they can not be expressed as the ratio of two integers. They are a subset of Real Numbers and can be expressed on the number line. And, the decimal expansion of an irrational number is neither terminating nor repeating.

How to Identify an Irrational Number? 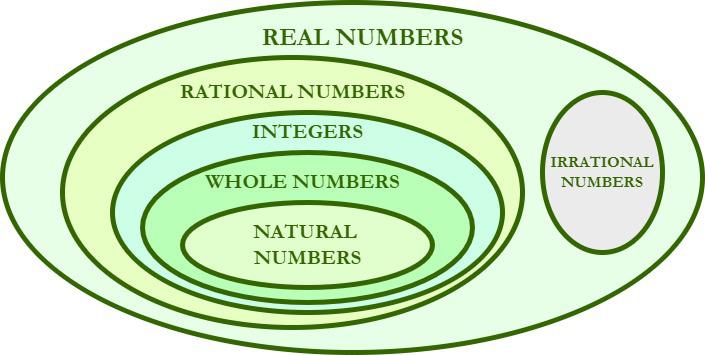 How to say √2 is an Irrational number? 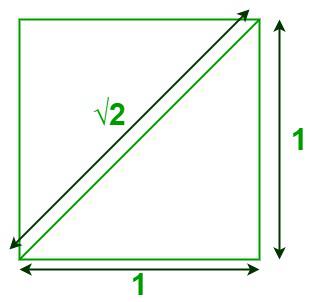 Suppose it is a Rational Number

Since it is Rational, It can be represented in the most simplified form P/Q where P/Q are Integers (Q≠ 0) and P/Q can not be further simplified,

Which means that the fraction P/Q is irreducible.

Here, It is clear that P2 is divisible by 2. Therefore, P2 is an Even Number.

Since, P2 is Even, P has to be an Even number too.

Therefore, P can be written as 2A as it is divisible by 2.

Here, It is observed that Q2 is also an Even number as it is divisible by 2.

Since Q2 is Even, Q has to be Even too. Therefore, Both P and Q turned out to be Even numbers, which means they can be Simplified further.

It is a Contradiction as it was already defined to be a fraction in its simplest form.

Therefore, √2 cannot be Rational, It is an Irrational number.

Read more about the square root of 2 here.

Various properties of irrational numbers are discussed below:

Addition of an Irrational and Rational number

We want to know if z = xy is irrational or rational ?

This will be proved by contradiction. Let’s assume z is rational number.

When multiplying a rational number, it is not necessary that the resulting number is always irrational.

The answer to this is also similar to the above property. The Sum of two irrational numbers is sometimes rational sometimes irrational.

Apparently Hippasus (one of Pythagoras’ students) discovered irrational numbers when trying to write the square root of 2 as a fraction (using geometry, it is thought). Instead, he proved the square root of 2 could not be written as a fraction, so it is irrational.But followers of Pythagoras could not accept the existence of irrational numbers, and it is said that Hippasus was drowned at sea as a punishment from the gods!

Let’s take a circle, measure its circumference, and divide it by its diameter. It will always be a constant if measured accurately.

This constant ratio is denoted by the greek symbol π (read as pi). That is,

It is an important universal constant, it occurs in lots of places in our universe and in our daily lives. It was not created by humans, it was discovered. We discovered one of the places where pi occurred, it was geometry.

So, what is the value of Pi?

It is not infinite, it is an irrational number.

Note: We often take 22/7 as the value of Pi, but it is an approximation.

Now one might think, how is pi irrational? One can measure the circumference, One can measure the diameter, and then take their ratio. So it must be rational. Actually, no one can encounter such a case, if the diameter is measured and it is rational. Then circumference must be irrational and vice versa. So either diameter or circumference. One of them will always be irrational. Usually, the measuring instruments are not precise enough. If there existed a perfect measuring scale, it would tell that at least one of the numbers in the fraction is irrational.

Example 2: Find the sum of the following irrational numbers.

Example 3: Find the product of the following rational numbers.

These numbers mentioned above are not Irrational number.

Question 2: “Every real number is an irrational number”. True or False?

Question 3: Determine whether the following numbers are Rational or Irrational.

Question 4: Why Integers are not Irrational numbers?

Integers (Either Positive, Negative or Zero) are not Irrational but Rational numbers since they can be represented in the simplest fraction form P/Q (where Q ≠ 0).