Introduction to Activities in Android

Activity class is one of the very important parts of the Android Component. Any app, don’t matter how small it is (in terms of code and scalability), has at least one Activity class. Unlike most programming languages, in which the main() method is the entry point for that program or application to start its execution, the android operating system initiates the code in an Activity instance by invoking specific callback methods that correspond to specific stages of its Lifecycle. So it can be said that An activity is the entry point for interacting with the user. Every activity contains the layout, which has a user interface to interact with the user. As we know that every activity contains a layout associated with it, so it can be said that the activity class is the gateway, through which a user can interact programmatically with the UI. Layout for a particular activity is set with the help of setContentView(). setContentView() is a function that takes View as a parameter. The view parameter basically contains the layout file for that activity. The code has been given in both Java and Kotlin Programming Language for Android.

While activities are often presented to the user as the full-screen window, Multiwindow mode, or Picture in Picture mode, here are two methods almost all subclasses of Activity will implement:

The syntax for Kotlin:

The syntax for Java:

The syntax for Kotlin:

The syntax for Java:

This method is called part of the Activity Lifecycle when the user no longer actively interacts with the activity, but it is still visible on the screen. Let’s suppose the user is running two apps simultaneously on a mobile phone, i.e when activity B is launched in front of activity A, activity A will go in the onPause() state, and activity B would go in the onStart() state of the activity lifecycle. One important point to be remembered is that for any activity to be accessed by a system, i.e. android here, that activity must be declared in a Manifest File. The Manifest File is an XML file included in the Application and is by default known as AndroidManifest.xml. 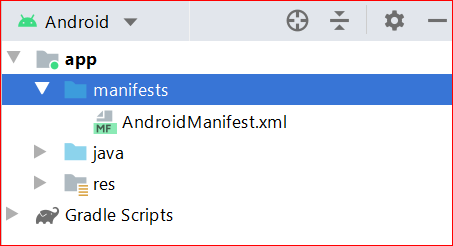 Let’s suppose the reader wants to have one more activity, apart from the MainActivity which is included by default in the project. Before adding one more activity and not doing any changes,

So it can conclude that an application can have one or more activities without any restrictions. Every activity that the android app uses must be declared in the AndroidManifest.xml file. and the main activity for the app must be declared in the manifest with a <intent-filter> that includes the MAIN action and LAUNCHER. Any activity whether it is MainActivity or any other activity must be declared within the <application> of the AndroidManifest file. If the user forgets to declare any of the activity, then android will not be able to detect that activity in the app. If either the MAIN action or LAUNCHER category is not declared for the main activity, then the app icon will not appear in the Home screen’s list of apps.

For any service that the Developer wants to use in the Android App, like Internet service, Bluetooth service, Google Maps, App Notification service, etc, the Developer needs to take the permission of the Android System. All those Permissions or Requests must be declared within the Manifest File. Open the AndroidManifest.xml file, with the procedure shown above. Let’s say the user needs to add Internet permission, that needs to be accessed by the app. Add the below Internet Permission within the manifest tag.

Let’s say one needs to add Bluetooth permission within the app, then it must be declared like this:

Note: Let’s say that the MainActivity extends AppCompatActivity in the code snippet given at the top, internally the structure is as shown in the image given below. It can be seen that AppCompatActivity also extends the Activity Class.