In Android, an activity is referred to one screen in an application. It is very similar to a single-window of any desktop application. An Android app consists of one or more screens or activities.

Each activity goes through various stages or a lifecycle and is managed by activity stacks. So when a new activity starts, the previous one always remains below it. There are four stages of an activity.

For each stage, android provides us with a set of 7 methods which have their own significance for each stage in the life cycle. The image shows a path of migration whenever an app switches from one state to another. 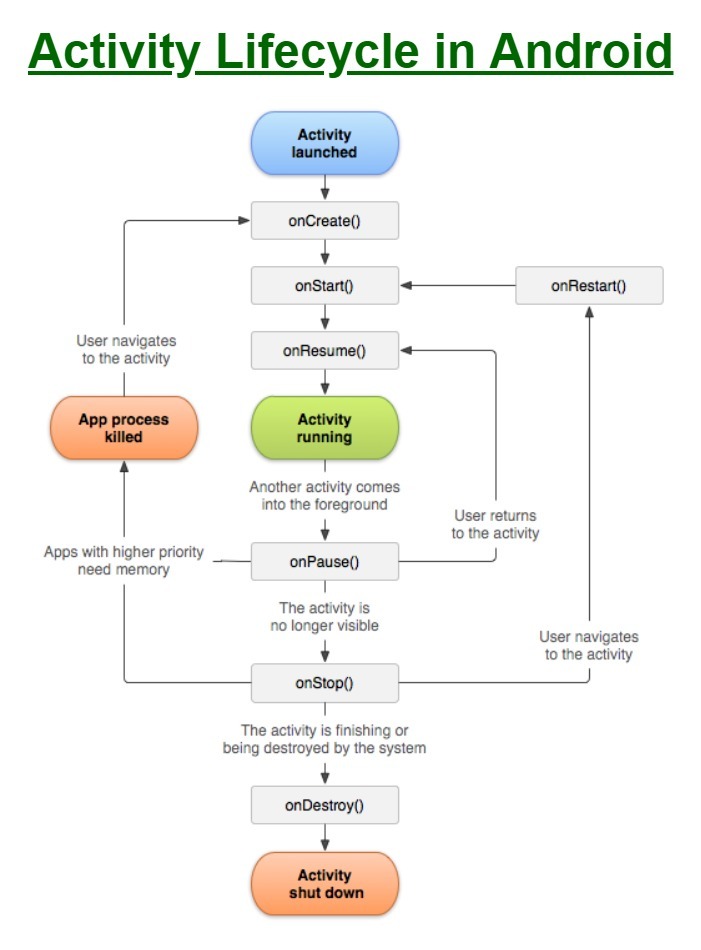 Detailed introduction on each of the method is stated as follows: