Difference between JIT and JVM in Java

Java Virtual Machine (JVM) is used in the java runtime environment(JRE). The original JVM was conceived as a bytecode interpreter. This may come as a bit of a surprise because of performance problems. Many modern languages are meant to be compiled into CPU-specific, executable code. The fact that the JVM executes a Java program, however, helps address the major issues associated with web-based applications. 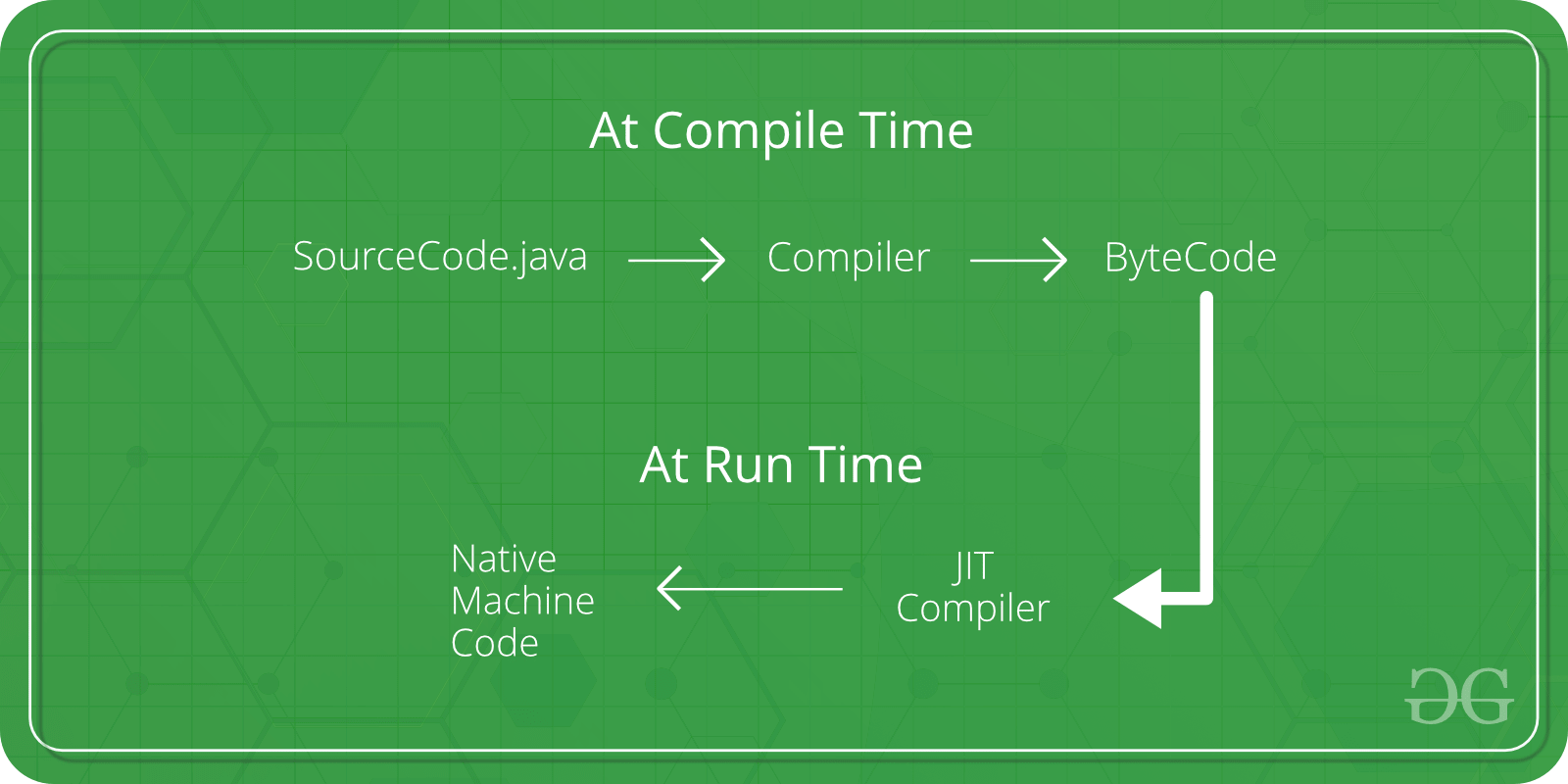 The fact that the JVM executes a Java program also helps to make it stable. Since the JVM is in charge, program execution is controlled by it. Therefore, it is possible for the JVM to build a limited execution area called a sandbox that contains the software, preventing the system from getting unlimited access. Protection is also improved by some limitations in the Java language that exists. Java’s JVM architecture includes a class loader, execution engine, memory field, etc.

In order to understand differences, let’s dig down to the components by illustrating the working of JVM alongside.

While Java was developed as an interpreted language, in order to improve performance, there is nothing about Java that prevents bytecode compilation into native code on the fly. For that reason, not long after Java’s initial release, the HotSpot JVM was released. A just-in-time (JIT) bytecode compiler is included in HotSpot. A Just In Time(JIT) compiler is part of the JVM and on a piece-by-piece demand basis, selected portions of bytecode are compiled into executable code in real-time. That is, as is necessary during execution, a JIT compiler compiles code. In addition, not all bytecode sequences are compiled, only those that will benefit from the compilation. The just-in-time method, however, still yields a major boost in inefficiency. The portability and safety function still exists even though dynamic compilation is applied to bytecode since the JVM is still in control of the execution environment.

In order to understand differences, let’s dig down to the components by illustrating the working of JIT alongside.

Interpreting the bytecode, the standard implementation of the JVM slows the execution of the programs. JIT compilers interact with JVM at runtime to improve performance and compile appropriate bytecode sequences into native machine code.

Hardware is interpreting the code instead of JVM (Java Virtual Machine). This can lead to performance gains in the speed of execution. This can be done per-file, per-function, or maybe on any arbitrary code fragment; the code is often compiled when it’s close to being executed (hence the name “just-in-time”), and then cached and reused later without having to be recompiled. It performs many optimizations: data analysis, translation from stack operations to registry operations, reduction of memory access by registry allocation, elimination of common sub-expressions.

Hence, from the above knowledge, we landed on the conclusive differences between them as mentioned in the table below: