In this article, we are going to discuss the following concepts,

The Formula for Z-Score

A z-score can be calculated using the following formula.

How to Calculate Z-Score?

Usually, the population mean ((μ), the population standard deviation (σ), and the observed value (x) are provided in the problem statement, and substituting the same in the above Z-score equation yields us the Z-Score value. Depending upon whether the given Z-Score is positive or negative, one makes use of the respective positive Z-Table or negative Z-Table available online or on the back of your statistics textbook in the appendix.

Question:
You take the GATE examination and score 500. The mean score for the GATE is 390 and the standard deviation is 45. How well did you score on the test compared to the average test taker?

By applying the formula of z-score,

Since the Z-Score is positive 2.44, we will make use of the positive Z-Table.

Now let’s take a look at Z Table (CC-BY) to know how well you scored compared to the other test-takers.

Follow the instruction below to find the probability from the table.

Now, we need to compare how our original score of 500 on the GATE examination compares to the average score of the batch. To do that we need to convert the Z-Score into a percentage value.

Finally, you can say that you have performed well than almost 99% of other test-takers. 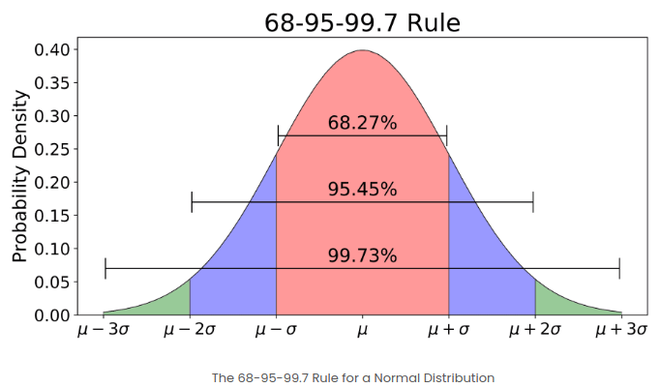