What are Natural Numbers?

Natural numbers are those integers that generate from 1 and go upto infinity. Numbers may be found everywhere, used for counting items, representing or trading money, calculating temperature, telling time, and so on. These numbers are referred to as “natural numbers” since they are used to count items. When counting items, it can be 5 glasses, 6 books, 1 bottle, and so on. A collection of all whole integers except 0 is referred to as natural numbers. These figures play an important role in the daily actions and communication.

Natural numbers are those that can be counted and are a component of real numbers. Only positive integers, such as 1, 2, 3, 4, 5, 6, etc., are included in the set of natural numbers.

Does the number zero belong to the Natural numbers? 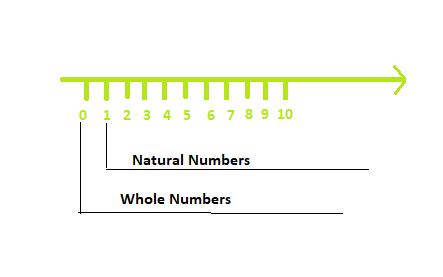 Note: The associative property, on the other hand, does not hold true for natural number subtraction and division.

Even if the sequence of the numbers is changed, the sum or product of two natural numbers stays the same. The commutative property of N says that a+ b= b+ a and ab= ba for any a, b ∈ N.

Multiplication over addition has the distributive property: a× (b c) = ab + ac.

Multiplication over subtraction has the distributive property: a× (b– c) = ab – ac

Question 1: Every Whole Number is a Natural Number. Is this statement true or false?