Tangent is a straight line drawn from an external point that touches a circle at exactly one point on the circumference of the circle. There can be an infinite number of tangents of a circle. These tangents follow certain properties that can be used as identities to perform mathematical computations on circles.

Here, in this article, we will learn about one of such properties i.e. the tangent at any point of a circle is perpendicular to the radius through the point of contact.

To Prove: The tangent at any point of a circle is perpendicular to the radius through the point of contact 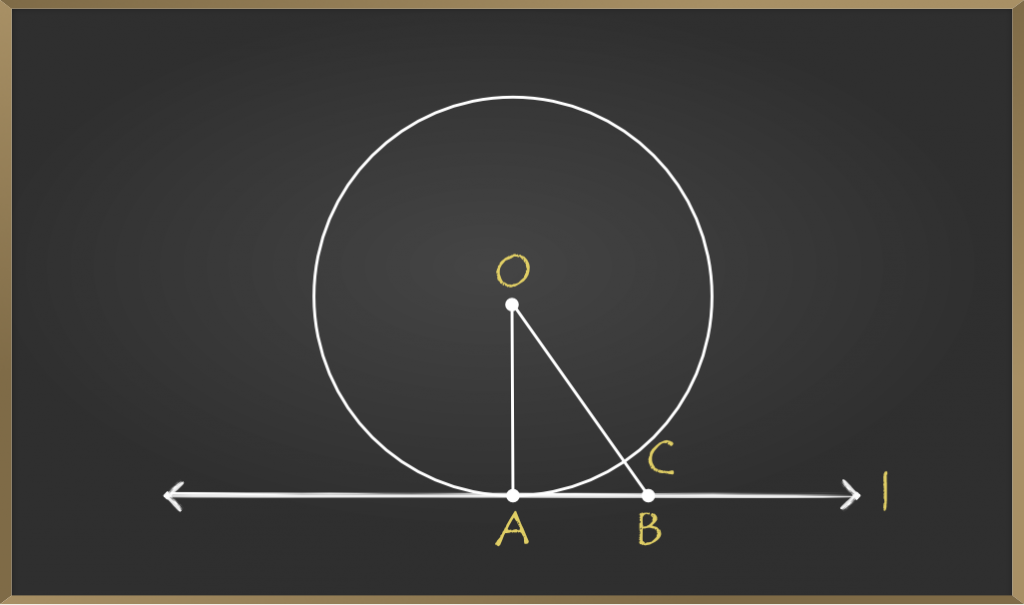 Step 1: Take any point B online l, other than A.

Step 3: Let us say that OB meets the circle in C.

From prior knowledge, We know that, among all line segments joining the point O i.e. centre of the circle to a point on l (l is the tangent to the circle), the perpendicular is shortest to l.

The same will be the case for all other points on the tangent (l).

So OA is shorter than any other line segment joining O to any point on l.

Hence, the tangent at any point of a circle is perpendicular to the radius through the point of contact.

Sample Problems based on the Theorem

Problem 1: Given a circle with centre O.Two Tangent from external point P is drawn to the given circle. Find the sum of angles formed between both radius and the angles between both the tangents of the circle.

The angles formed between the tangents and the radii is 90 degree.

Since the sum of angles of the quadrilaterals is 360 degrees. And we have two 90 degrees angles formed within it.

Problem 2: Find the angle ∠CBA given that CA is a line drawn from the centre to the tangent on the circle. The length of the Radius and the base length are mentioned in the question. 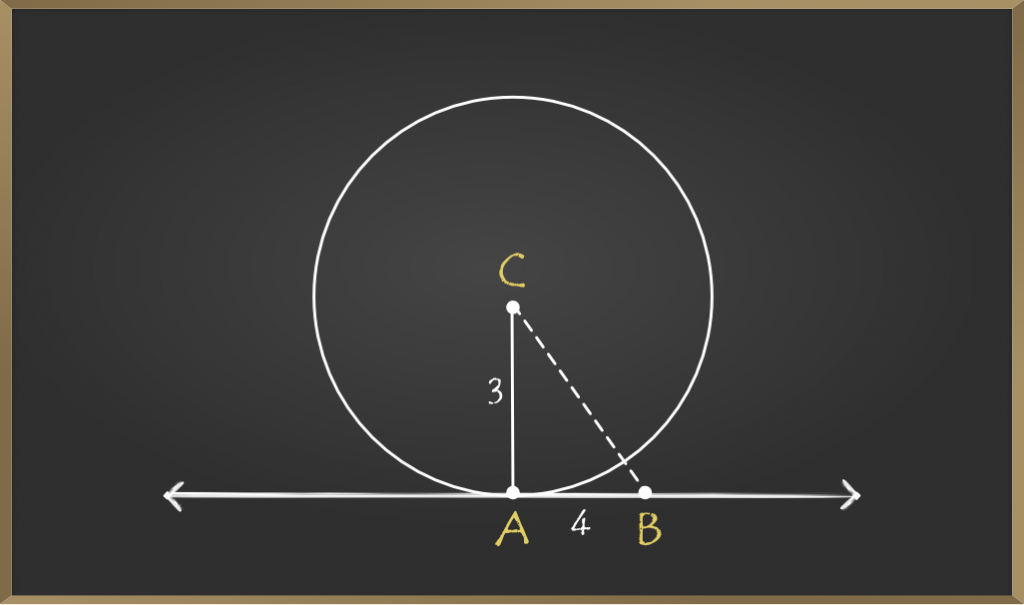 It is given the line is from the centre to the tangent, so we conclude that it is at the right angle from the theorem.

Hence, we can apply trigonometric formulas to get the ∠CBA 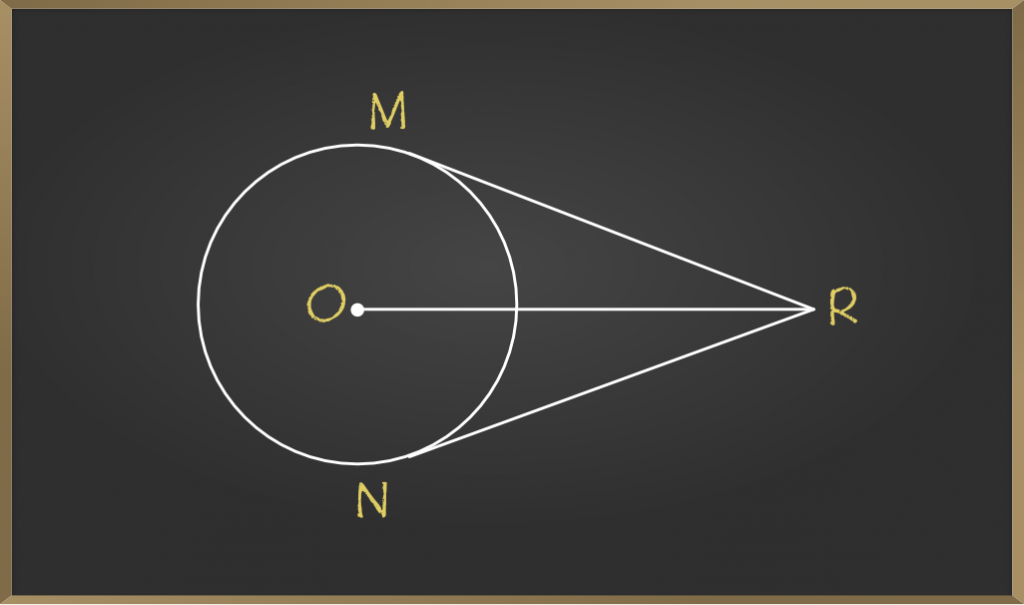 Hence the length of each tangent is 5√3 cm.

My Personal Notes arrow_drop_up
Previous
How to Build a Reputable StackOverflow Profile?
Next
The SON Algorithm and Map - Reduce
Recommended Articles
Page :
Theorem - The lengths of tangents drawn from an external point to a circle are equal - Circles | Class 10 Maths
24, Oct 20
Tangent to a circle - Circles | Class 10 Maths
29, Oct 20
Theorem - There is one and only one circle passing through three given non-collinear points | Class 9 Maths
30, Jan 21
Radius of a circle having area equal to the sum of area of the circles having given radii
17, Jan 21
Check if two circles intersect such that the third circle passes through their points of intersections and centers
03, May 21
Mid Point Theorem - Quadrilaterals | Class 9 Maths
25, Oct 20
Circles and its Related Terms | Class 9 Maths
19, Nov 20
General and Middle Terms - Binomial Theorem - Class 11 Maths
25, Oct 20
Pythagoras Theorem and its Converse - Triangles | Class 10 Maths
24, Oct 20
Remainder Theorem - Polynomials | Class 9 Maths
24, Oct 20
Theorem - Angle opposite to equal sides of an isosceles triangle are equal | Class 9 Maths
10, Dec 20
Theorem - The sum of opposite angles of a cyclic quadrilateral is 180° | Class 9 Maths
12, Dec 20
Sum of area of alternative concentric circle with radius 1,2,3,4..........N
11, Jan 22
Is radius a chord of a circle?
16, Jan 22
Number of smaller circles that can be inscribed in a larger circle
23, Mar 21
Areas Related to Circles - Perimeter of circular figures, Areas of sector and segment of a circle & Areas of combination of plane figures
20, Dec 20
What is Perpendicular Line Formula?
27, Dec 21
Basic Constructions - Angle Bisector, Perpendicular Bisector, Angle of 60°
13, Apr 21
Point-slope Form - Straight Lines | Class 11 Maths
03, Nov 20
How are sine, cosine, and tangent calculated?
04, Oct 21
Inverse Tangent Formula
14, Feb 22
How to Find the Slope of a Tangent Line?
29, Mar 22
Tangent Addition Formula
22, Apr 22
Sine Cosine Tangent Formula
22, May 22
Article Contributed By :