FormView refers to a view (logic) to display and verify a Django Form. For example, a form to register users at Geeksforgeeks. Class-based views provide an alternative way to implement views as Python objects instead of functions. They do not replace function-based views, but have certain differences and advantages when compared to function-based views:

Illustration of How to create and use FormView using an Example. Consider a project named Core having an app named books.

Create a project by following the command

Step 2: Creating an App in Django

To create a basic app in your Django project you need to go to the directory containing manage.py and from there enter the command:

Step 3: Go to core/URLs and set the path for our app.

Step 4: Go to core/setting and register our app name “books“. 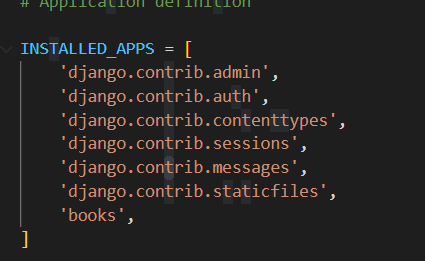 Step 5: Paste this to your books/admin.py

Step 6: Create a model in books/models.py.

Step 7: After you have a model, Let’s create a form in which we will be creating CreateView. In books/forms.py. 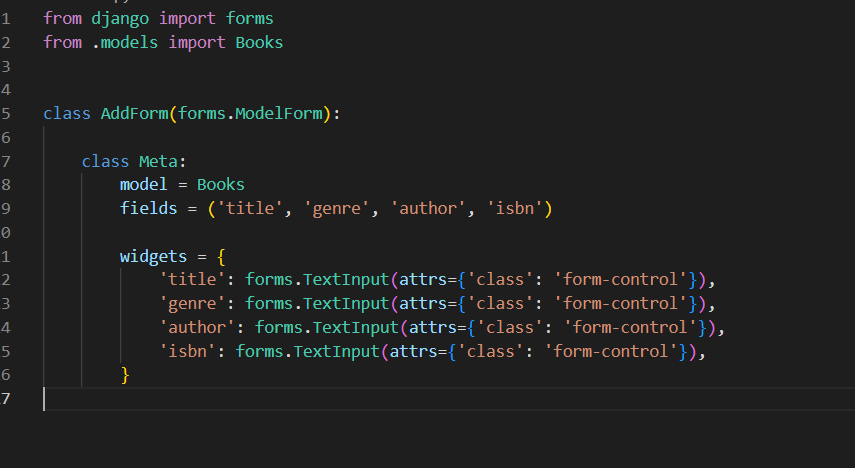 Step 8: After creating the form let’s create CreateView in geeks/views.py, 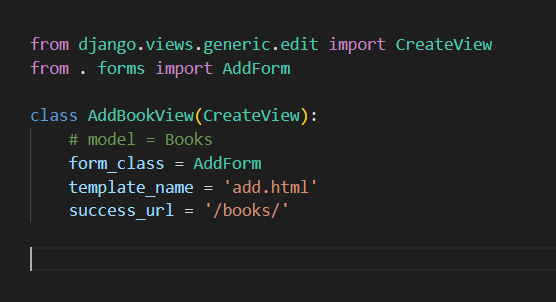 Step 9: Map a URL to this view in books/urls.py.

Step 11: Create a template for this view in books/add.html,

Step 12: Now run your app by the following command. 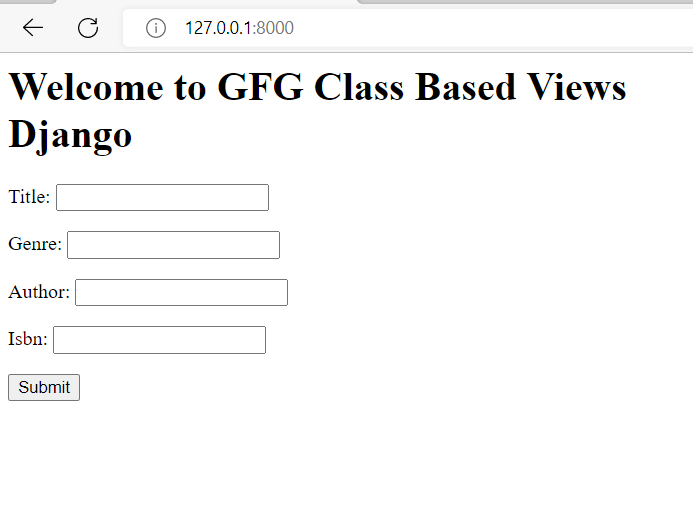