Create View refers to a view (logic) to create an instance of a table in the database. We have already discussed basics of Create View in Create View – Function based Views Django. Class-based views provide an alternative way to implement views as Python objects instead of functions. They do not replace function-based views, but have certain differences and advantages when compared to function-based views:

Class Based Views automatically setup everything from A to Z. One just needs to specify which model to create  View for and the fields. Then Class based CreateView will automatically try to find a template in app_name/modelname_form.html. In our case it is geeks/templates/geeks/geeksmodel_form.html. Let’s create our class based view. In geeks/views.py, 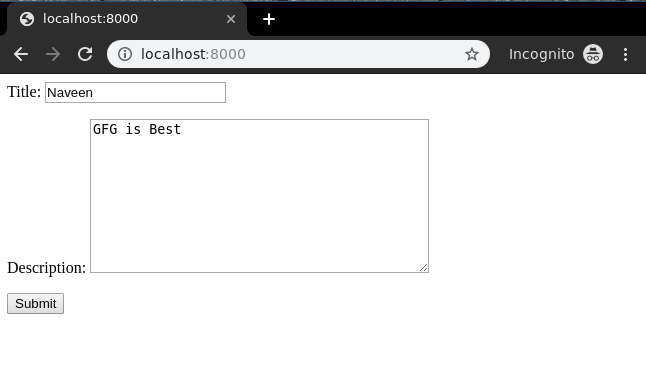 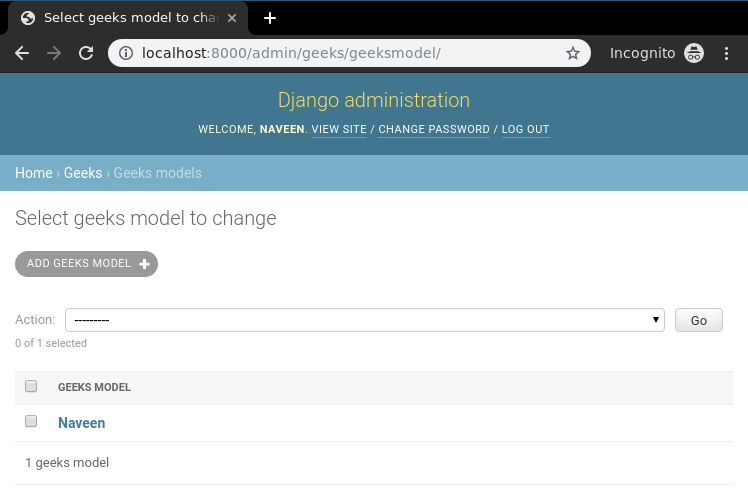 This way one can create  view for a model in Django.