Let’s look at some steps for doing this kind of division and then solve some examples related to it.

Let’s look at some sample problems related to this algorithm.

We just need to follow the same steps as mentioned above. 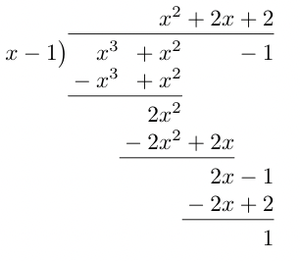 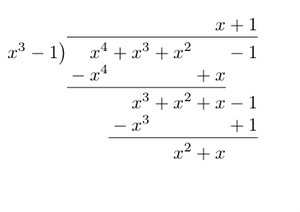 Use of Division Algorithm in finding the zeros of a polynomial

Suppose we have a polynomial P(x) = 0 of degree 3. If we are given a root x = r of that polynomial. We can find the other two roots by dividing the polynomial with (x -r). Let’s see it with an example.

is a root of the polynomial (Given)

Now we know from the fact stated above, (x –

) is a factor of the given polynomial. So, for finding out the other zeros, we need to divide the polynomial with this factor. 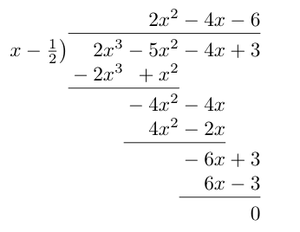 The remaining two roots are roots of this polynomial. 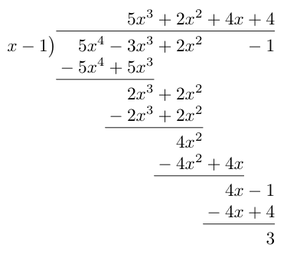 Two find the other roots let’s divide the polynomial with both of these.

Dividing the polynomial with x2 – 2. 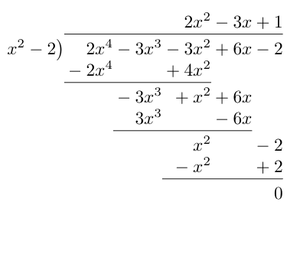 The remaining two roots are also the roots of this polynomial.