Prerequisite – Finite Automata Introduction
Problem – Draw deterministic finite automata (DFA) of the language containing the set of all strings over {a, b} in which 2nd symbol from RHS is ‘a’.

The strings in which 2nd last symbol is “a” are:

The NFA of the language containing all the strings in which 2nd symbol from the RHS is “a” is:

Here, A is the initial state and C is the final state.
Now, we are going to construct the state transition table of the above NFA. 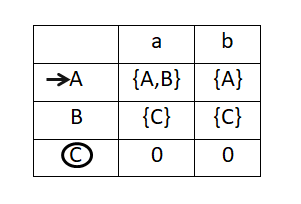 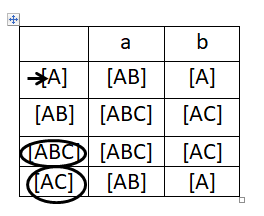 Now it’s become very easy to draw the DFA with the help of its transition table. In this DFA, we have four different states A, AB, ABC and AC, where ABC and AC are the final states and A is the initial state of the DFA. 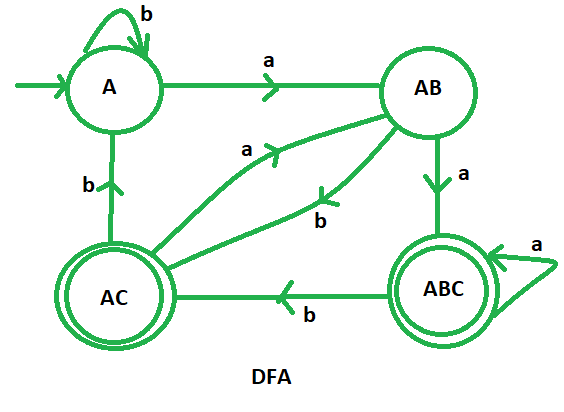 This is our required DFA of the language containing the set of all strings over {a, b} in which 2nd symbol from RHS is ‘a’.