Acceleration is one of the important concepts like Speed and Velocity, in Physics that is used to define motion and to solve problems related to it. Acceleration in mechanics is defined as the rate of change in velocity. This implies that if an object’s velocity is increasing or decreasing, then the object is accelerating. Acceleration has both magnitude and direction, therefore it is a Vector quantity. According to Newton’s Second Law of Motion, the magnitude of the acceleration of an object is the combination of two factors i.e. Net Resulting Force and the mass of the object. Hence, the unit of acceleration is m/s2. Let’s understand more about acceleration and related concepts like Acceleration Formula, its Unit, Types, Graphs, Solved Examples, and FAQs on it, in this article!

Acceleration is defined as the rate of change of the velocity of an object with respect to time. An object is said to be accelerating or have the acceleration when its velocity is changing. 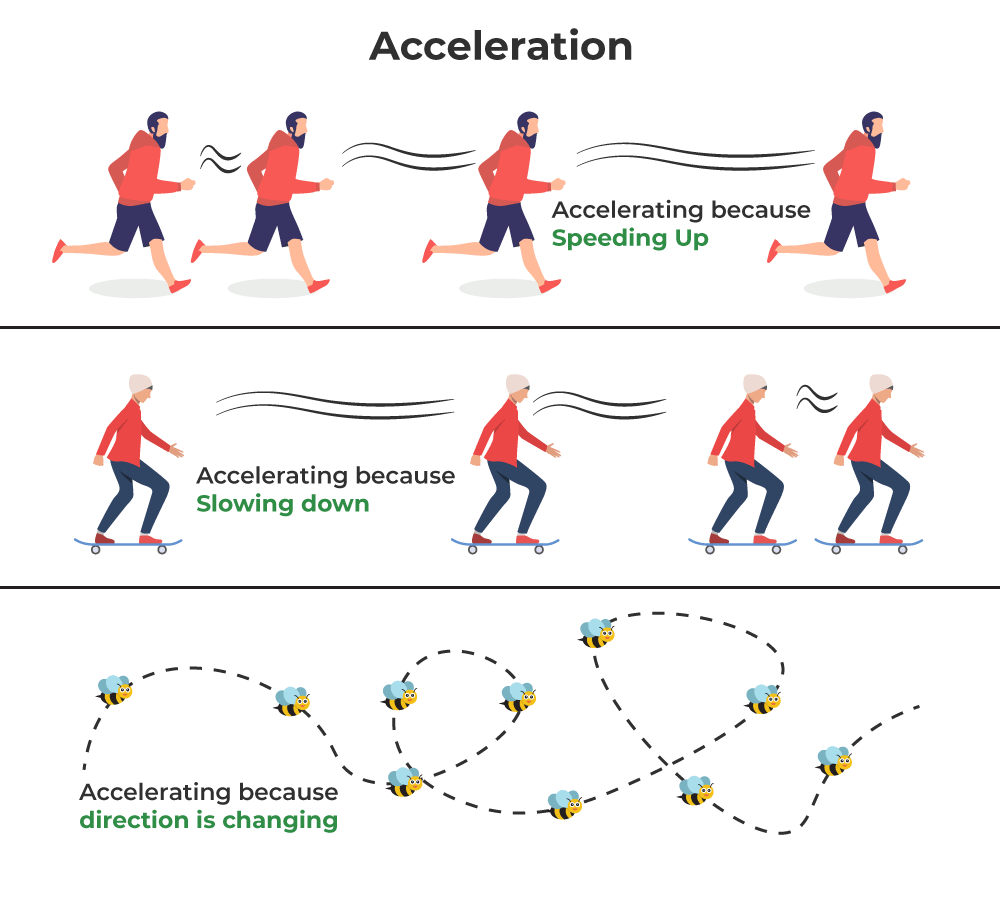 Mathematically, the change in the velocity of an object in motion is defined as, (v – u) where v and u are the final and the initial velocities.

Therefore, the acceleration of the object is given by,

Following are the different types of acceleration associated with an object, 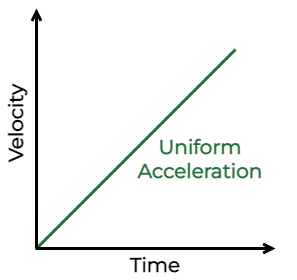 In case the velocity of an object changes in equal amounts during the same time interval, then the body is said to be in uniform acceleration.  In this case, neither the direction nor magnitude changes with respect to time. 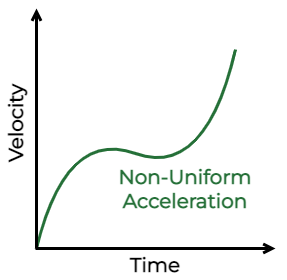 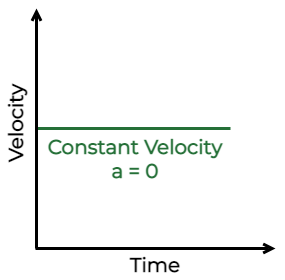 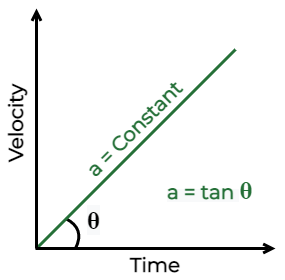 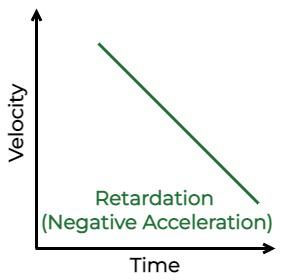 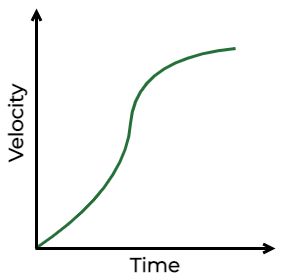 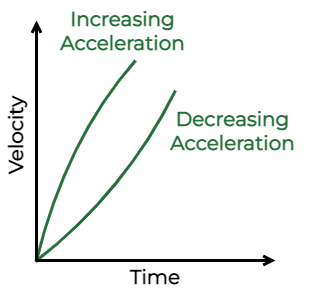 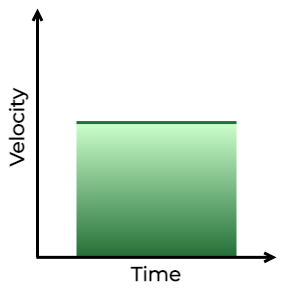 Difference between Acceleration and Velocity

Here are some important differences between Acceleration and Velocity:

We have to find Acceleration ‘a’

Distance of the terrace from the ground is 29.4 m. 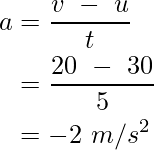 Example 4: If a car moves from rest and then accelerates uniformly at the rate of 7.5 m/s2 for 10 s. Find the velocity of the train in 10 s.

Initial velocity u = 0 {as the car was at rest}

Example 5: If an object moves along the x-axis according to the relation x = 1 – 2t + 3t2, where x is in meters and t is in seconds. Calculate the acceleration of the body when t = 3s.

Question 2: What is Acceleration due to Gravity?

Question 3: What do you mean by Tangential Acceleration?

Tangential acceleration is the rate at which a tangential velocity varies in the rotational motion of any object. It acts in the direction of a tangent at the point of motion for an object.

Question 4: What do you understand by Centripetal Acceleration?

Question 5: How acceleration depends on Force?

Acceleration is directly proportional to the force applied to an object with constant mass.