Broadcast Storm –
A switch forwards out the broadcast frame, generated by another device, to all its ports. If no loop avoidance schemes are applied then the switches will flood broadcasts endlessly throughout the network which consumes all the available bandwidth. This phenomenon is called a broadcast storm.

A broadcast storm is a serious network problem and can shut down the entire network in seconds. 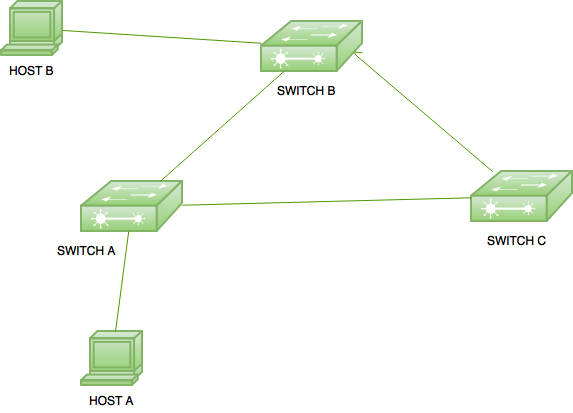 Here, there are 3 switches connected to each other in order to provide redundancy. When host A generates a broadcast for host B, it is first received by switch A which in turn floods the traffic to all its ports. As switch B and Switch, C is also connected to switch A therefore, these switches also receive the broadcast frame and flood the frame through all its ports. 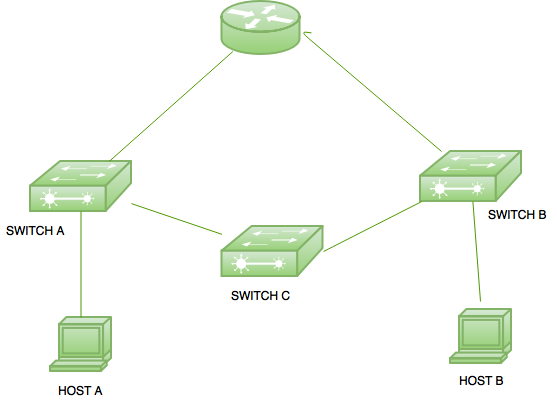 But switch C in turn forwards the packet to Switch B and Switch B will forward it out to the router. At this time, the router will receive multiple copies of a single frame. This is a problem as most protocols cannot correctly handle duplicate transmissions.

In the given topology, if host A sends a unicast frame for host B then switch A will receive the frame. Switch A will forward it out to both switch B and switch D which in turn both forward it out to switch C. Now, switch C will receive the frame on two different ports with the same source mac address therefore it will lead to instability in the MAC table in switch C. Spanning Tree Protocol (STP) is used to prevent these loops. It will block down a (port) path using its own mechanism by which a single path is available for frame delivery at a time. If one path goes down, then the blocked path becomes active and frame transmission can take place from that path (in switches).