Configuration of Router on a stick

Prerequisite – Access and trunk ports
Switches divide broadcast domain through VLAN (Virtual LAN). VLAN is a partitioned broadcast domain from a single broadcast domain. Switch doesn’t forward packets across different VLANs by itself. If we want to make these virtual LANs communicate with each other, a concept of Inter VLAN Routing is used.

Inter VLAN routing is a process in which we make different virtual LANs communicate with each other irrespective of where the VLANs are present (on same switch or different switch). Inter VLAN Routing can be achieved through a layer-3 device i.e. Router or layer-3 Switch. When the Inter VLAN Routing is done through Router it is known as Router on a stick.

Router On a Stick :

The Router’s interface is divided into sub-interfaces, which acts as a default gateway to their respective VLANs. 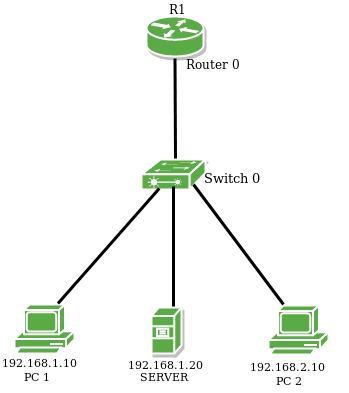 Here is a topology in which there is a router and a switch and some end hosts. 2 different VLANs have been created on the switch. The router’s interface is divided into 2 sub-interfaces (as there are 2 different VLANs) which will acts as a default gateway to their respective VLANs. Then router will perform Inter VLAN Routing and the VLANs will communicate with each other.

NOTE : Here encapsulation type dot1q is used for frame tagging between the 2 different VLAN. When the switch forwards packet of one VLAN to another, it inserts a VLAN into the Ethernet header.

NOTE : int range fa0/1-2 command is used as there are more than one host present in a single VLAN. 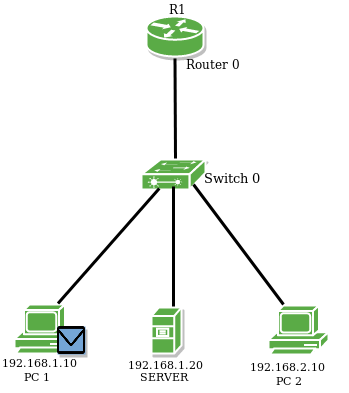 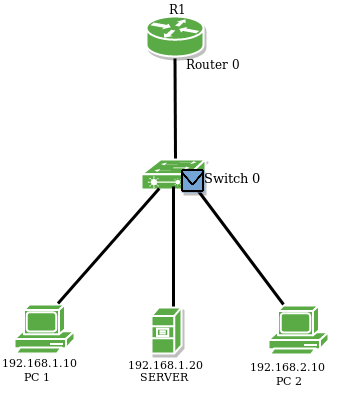 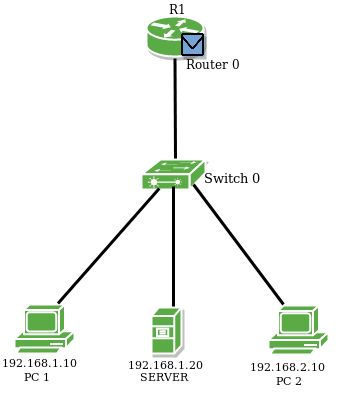 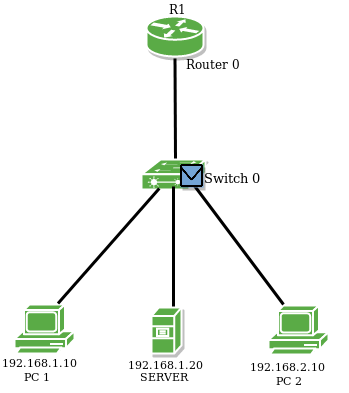 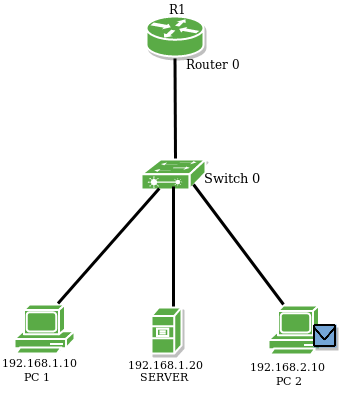