na_action : {None, ‘ignore’} If ‘ignore’, propagate NA values, without passing them to the mapping correspondence. na_action checks the NA value and ignores it while mapping in case of ‘ignore’

Example #1:
In the following example, two series are made from same data. pokemon_names column and pokemon_types index column are same and hence Pandas.map() matches the rest of two columns and returns a new series.

Note:
-> 2nd column of caller of map function must be same as index column of passed series.
-> The values of common column must be unique too. 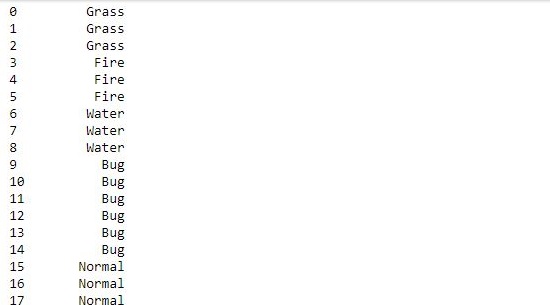 This function works only with Series. Passing a data frame would give an Attribute error. Passing series with different length will give the output series of length same as the caller.