We will discuss the important key points useful for GATE exams in summarized form. For details you may refer this.

Finite Automata: It is used to recognize patterns of specific type input. It is the most restricted type of automata which can accept only regular languages (languages which can be expressed by regular expression using OR (+), Concatenation (.), Kleene Closure(*) like a*b*, (a+b) etc.)

Relationship between these can be represented as: 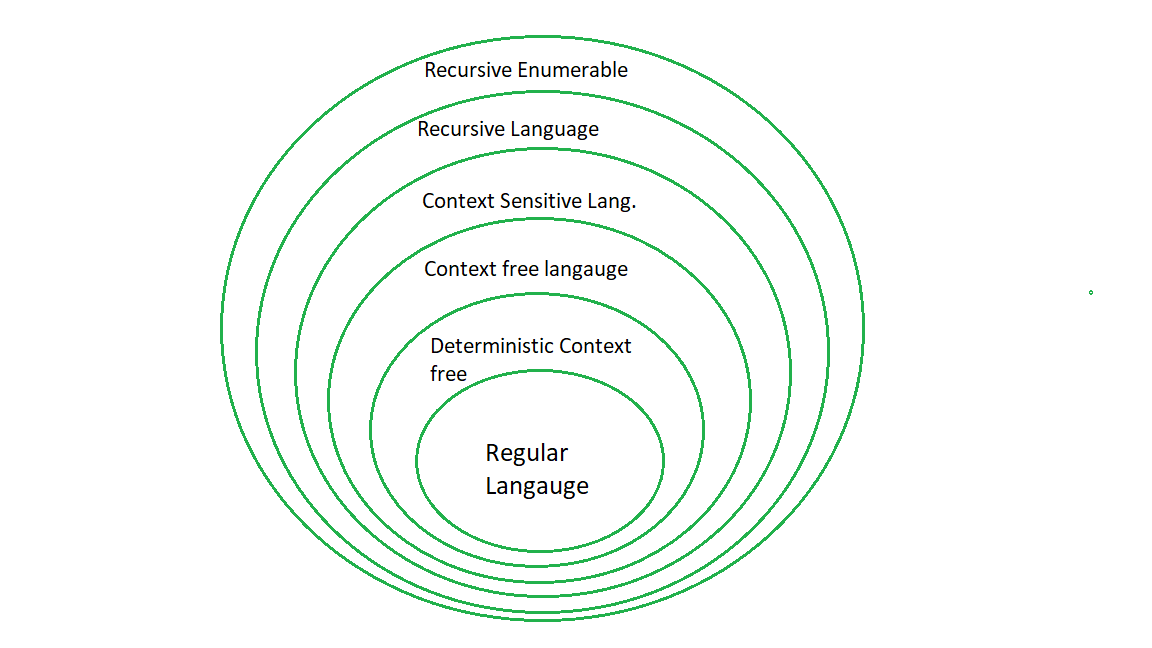 A language is Decidable or Recursive if a Turing machine can be constructed which accepts the strings which are part of language and rejects others. e.g.; A number is prime or not is a decidable problem.

A problem is undecidable if we can’t construct an algorithms and Turing machine which can give yes or no answer. e.g.; Whether a CFG is ambiguous or not is undecidable.