In around 1661, Boyle, Newton, and some other scientists eagerly tried to find the theory behind gases and their behavior even gave a theory named after Boyle. However, years later, around 150 years later, the actual kinetic theory of gases was discovered and it was done by Maxwell, Boltzmann, and others. The theory was based on the fact that gases have atoms and molecules that move very rapidly and the intermolecular force that acts upon solids and liquids, does not act upon gases. Let’s learn in-depth regarding the kinetic theory of gases.

The kinetic theory of gases was introduced to explain the structure and composition of molecules with respect to submicroscopic particles. The theory talks about the increase in pressure due to the constant movement and collision of the submicroscopic particles. It also discusses other properties of a gas such as temperature, pressure, volume, viscosity, diffusion, thermal conductivity, etc. The theory develops a relationship between the microscopic particles and the macroscopic properties. The molecule of gas is always in constant motion and keeps colliding with each other and to the walls of the container, in such a case, it is difficult as well important to learn the dynamics of the gases.

Assumptions of Kinetic theory of gases

There are several assumptions that were taken into account in order to develop the kinetic theory of gas. Let’s first take a look at those assumptions and then dig deep into the theory,

The continuous bombardment of the gas molecules against the walls of the container results in an increase in the gas pressure. According to the Kinetic theory of gases, the pressure at that point exerted by a gas molecule can be represented as,

Where c = mean square speed of a gas molecule.

Suppose the container has n number of molecules each of mass m, then the pressure can be represented as,

Where V = Volume of the gas.

If the gases are assumed to be ideal in nature, the following gas laws are applicable to them. The laws are defined to understand the ideal gases and their parameters like volume, pressure, etc. Let’s take a look at the laws, 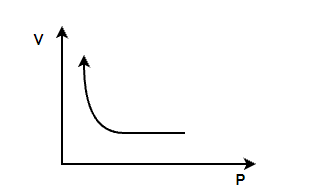 The formula for the root mean speed, vrms =

Similarly, there is a term known as the most probable speed of a gas molecule, which is defined as the speed obtained by the maximum number of gas molecules,

Formula for most probable speed, vmp =

Question 1: Explain the three main components of the Kinetic theory of gases?

The three main components are,

Question 2: A gas occupies 10 liters at a pressure of 30 mmHg. What will be the volume when the pressure is increased to 50mmHg?

Question 3: A gas occupies a volume of 300 cm3. Upon heating it to 200° celsius, the volume increases to 1500cm3. Find the initial temperature of the gas.

According to Charles’s law,

Question 4: A gas occupies 15.5 liters at a pressure of 55 mmHg. What will be the volume when the pressure is increased to 75mmHg?

The formula for the root mean speed, vrms =