The kinetic theory of gases is a simple, historically significant classical model of gas thermodynamic behavior that laid the groundwork for many fundamental thermodynamic notions. A gas is described by the model as a vast number of identical submicroscopic particles (atoms or molecules) moving in a random, continuous motion. Their size is thought to be substantially smaller than the typical particle distance. The particles collide with one other and with the container’s enclosing walls at random elastic collisions.

The basic form of the model describes an ideal gas and ignores all additional particle interactions. The macroscopic properties of gases, such as volume, pressure, temperature, and transport properties like viscosity, thermal conductivity, and mass diffusivity, are explained by the kinetic theory of gases. Brownian motion and other similar phenomena are also accounted for in the model.

What is a Gas?

One of the four basic states of matter is gas (the others being solid, liquid, and plasma). A pure gas can be made up of individual atoms such as a noble gas like neon, elemental molecules (such as oxygen, or compound molecules (composed of a variety of atoms) e.g. carbon dioxide. A gas mixture, such as air, consists of several different pure gases. The gaseous state of matter exists between the liquid and plasma phases, with the latter serving as the upper temperature boundary for gases.

Degenerative quantum gases, which exist at the lower end of the temperature scale, are gaining in popularity. High-density atomic gases that have been supercooled to extremely low temperatures are classed as either Bose gases or Fermi gases based on their statistical behavior. See the list of states of matter for a complete list of these unusual states of matter.

The gases are classified as:

The five postulates of the kinetic theory of gases are as follows:

The Factors that Affect the Behavior of Gases-

The following are the factors that influence gas behavior:

The components listed above are interconnected and are listed as follows:

The following are the five gas laws that govern the behavior of gas molecules:

When the amount of gas is fixed at a constant temperature, Boyle’s law states that the volume of the gas is inversely linked to pressure. 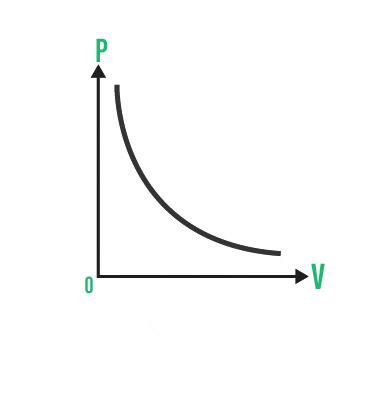 The volume of a gas with a fixed mass is linearly proportional to the temperature, according to Charles’ law. 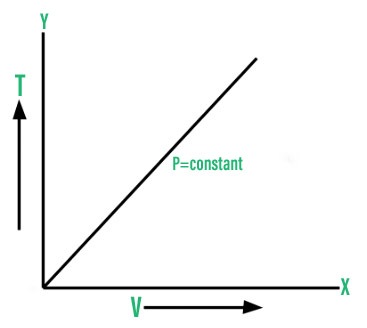 When the volume of the gas remains constant, Gay-law Lussac’s states that the pressure of a given mass of gas varies directly with the absolute temperature of the gas.

When the pressure and temperature of gas remain constant, Avogadro’s law states that the number of moles and the volume of the gas are proportional.

According to the ideal gas law, the product of pressure and volume of one gram molecule is equal to the product of the number of moles of the gas, the universal gas constant, and the absolute temperature.

Boyle’s law equation is used to solve the problem.

Problem 3: Calculate the change in pressure when a constant volume of gas at 2.00 atm is heated from 30.0 to 40.0 degrees Celsius.

Gay-Lussac law is used to solve this problem;

Problem 4: 6.00 L of gas contains 0.975 mol at constant temperature and pressure. What additional volume will arise if the amount of gas is increased to 1.90 mol?

Problem 5: A sealed jar with a volume of exactly 1L and 1 mole of air at 20 degrees Celsius, assuming that the air behaves like an ideal gas. So, in Pa, how much pressure is inside the jar?

By solving with the help of ideal gas equation;

By rearranging the equation we can get,

Write down all the values which are known in S.I unit

Put all the values in the equation

The pressure is almost 24atm.

Problem 6: What are the factors which affect the behavior of gases?

The following are the factors that influence gas behavior: