FormView refers to a view (logic) to display and verify a Django Form. For example a form to register users at geeksforgeeks. Class-based views provide an alternative way to implement views as Python objects instead of functions. They do not replace function-based views, but have certain differences and advantages when compared to function-based views:

Illustration of How to create and use FormView using an Example. Consider a project named geeksforgeeks having an app named geeks.

After you have a project and an app, let’s create a form of which we will be creating FormView. In geeks/forms.py,

Create a template for this view in geeks/geeksmodel_form.html,

Map a url to this view in geeks/urls.py,

Class Based Views provide in built functions for validating data in form. In geeks/views.py,

One can perform desired functionality in form_valid function. In our case, it prints the data. Lets’ try entering data in the form and check if it is working. 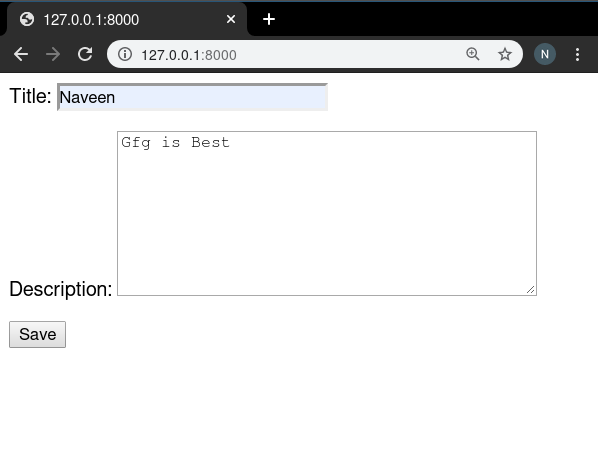 Check in terminal if details have been printed.