In other words, arithmetic progression can be defined as “A mathematical sequence in which the difference between two consecutive terms is always a constant“.

We come across the different words like sequence, series, and progression in AP, now let us see what does each word define –

What is the Common difference of an AP?

The sequence of Arithmetic Progression will be like a1, a2, a3, a4,… 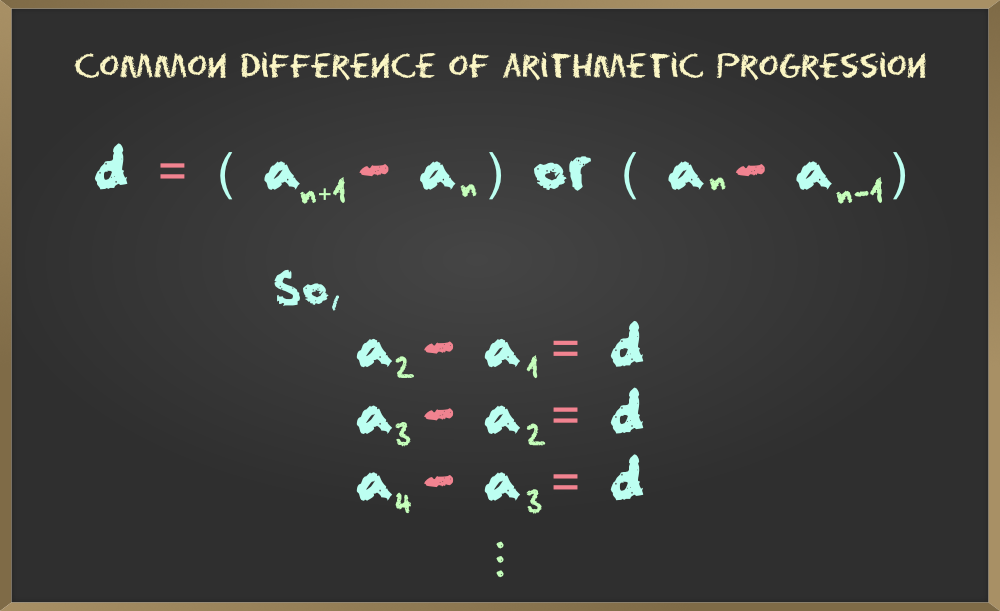 From the above example, we can say that the common difference is “5”.

From the above example, we can say that the common difference is “7”.

How to Find the Middle term of an AP?

To find the middle term of an arithmetic progression we need the total number of terms in a  sequence. We have two cases:

Odd: If the number of terms in the sequence is odd then we will be having only one middle terms i.e (n/2).

What is the Nth term of an AP?

The nth  term is denoted by  Tn. Thus to find the nth term of an A.P series will be : 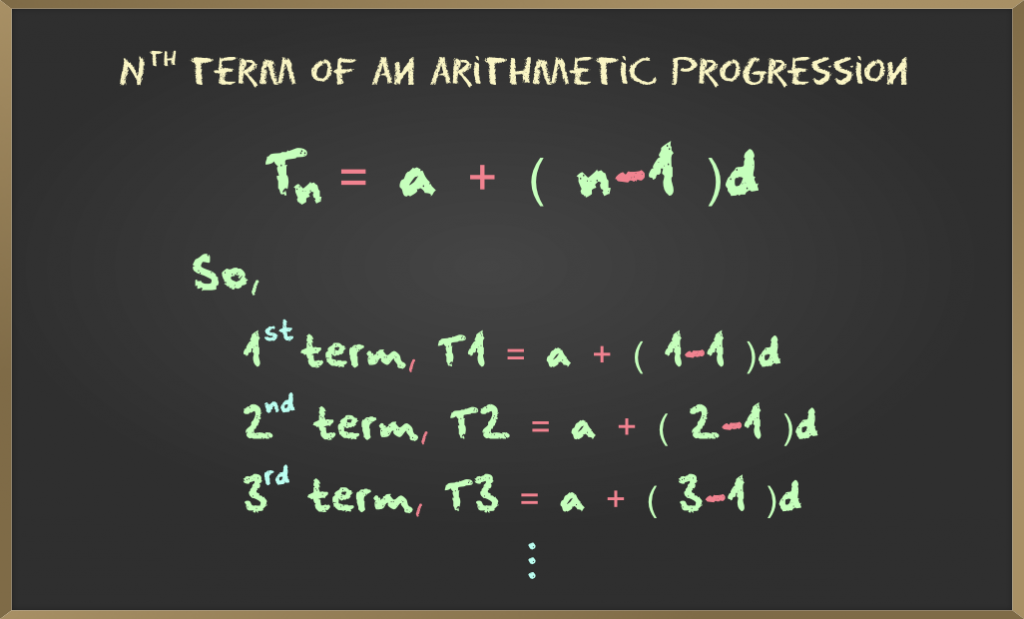 Step 1: Write the given series.

Step 2: Now write down the value of a  and n from the given series.