Evergreen is the React UI framework. Evergreen is a design system for building awesome products on the web. It contains a set of React components that works out of the box, built on top of React UI primitive for endless composability. It provides a flexible framework and lots of visual design. Evergreen is an open-source tool with 11.5k GitHub stars and 760 GitHub forks.

Step 1: Primarily, we have to create a React app by following command:

Project Structure: The folder structure now looks like this: 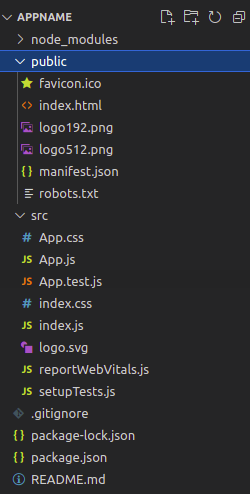 Installation: Evergreen is made up of multiple components and tools, which you can import one by one. It can be installed with NPM or Yarn using the following command.

Once Evergreen is installed as a dependency in your project, you can import it as:

Step to run the application: Run the app by command :