Nowadays, managing and representing data systematically has become very important especially when the data provided is large and complex, This is when Data Handling comes into the picture. The definition of Data handling is in the title itself, that is, Handling the data in such a way that it becomes easier for people to understand and comprehend the given information. Hence, The process of collecting, Recording, and representing data in some form of graph or chart to make it easy for people to understand is called Data handling.

A pictograph is the pictorial representation of any data given to us in written form. It can be said that pictograph used to be the earliest form of conversation, since way back in time, people have communicated mostly through pictures with each other since the languages were not present.

Indeed, Pictograph plays a role in our day-to-day life too. For instance, when a friend tells us a story, we start imagining the story in our head and that makes it both easy to understand and easy to remember for a long time for us.

Let’s learn to draw the pictograph with the help of an example,

Example: In a reading competition, there were three students participating- Rahul, Saumya, Ankush. They were supposed to read as many books as they can in an hour. Rahul read 3 books, Saumya read 2 books and Ankush read 4 books. Draw the pictograph for the information.

There are some basic steps to draw a Pictograph: 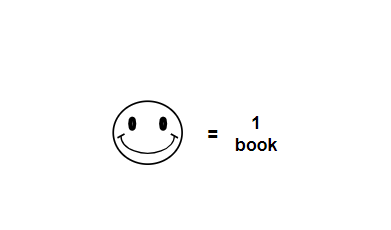 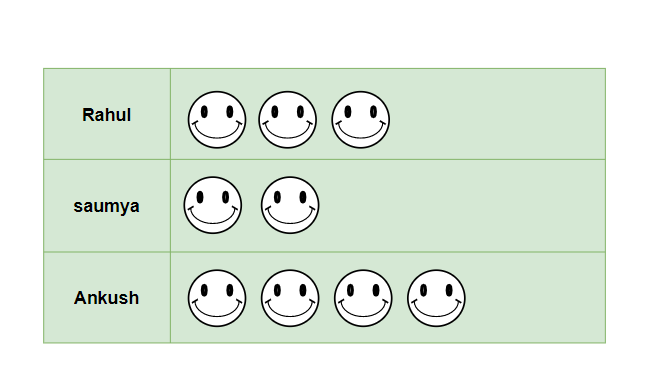 Question 1: In a Theater, there are 3 Plays with different amounts of actors participating in each play. In play 1, there are 9 actors, in play 2, there are 3 lesser actors, and the number of actors in play 3 is one lesser than play 1. Draw the Pictograph for the information given and analyze in which play, the stage will be most crowded.

From the information given in the question, we can say that play 1 has 9 actors, play 2 has 6 actors and play 3 has 10 actors

Representing actors in the pictorial form as, 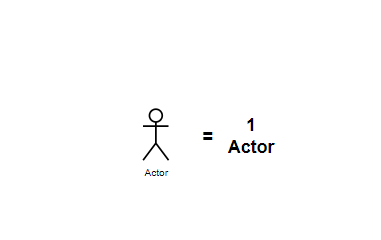 Therefore, we can conclude that Play 3 has the stage most crowded as it has 10 actors acting on stage.

Draw a Pictograph for the information given above. 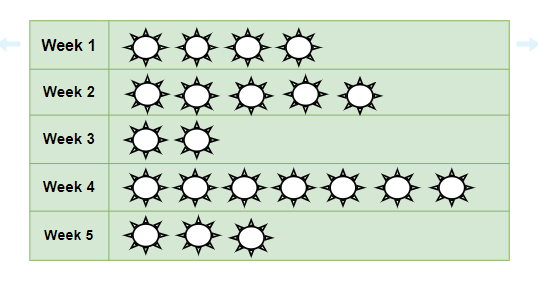 The graphical representation of any quantity, number or data in the form of bars is called a bar graph. With the help of Bar Graph, not only the data look neat and understanding but also it is easier to compare the data given.

Question: There are 800 students in a school and the table for their birthdays in all 12 months is given below, Draw the Vertical Bar graph and answer, 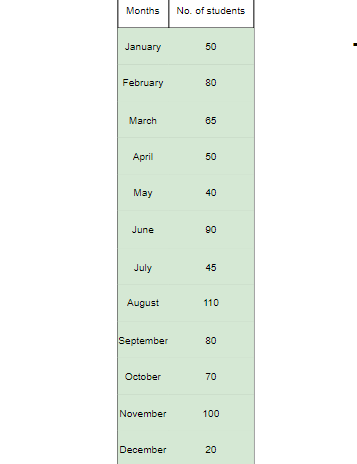 The vertical bar graph for the table given in the question will be, 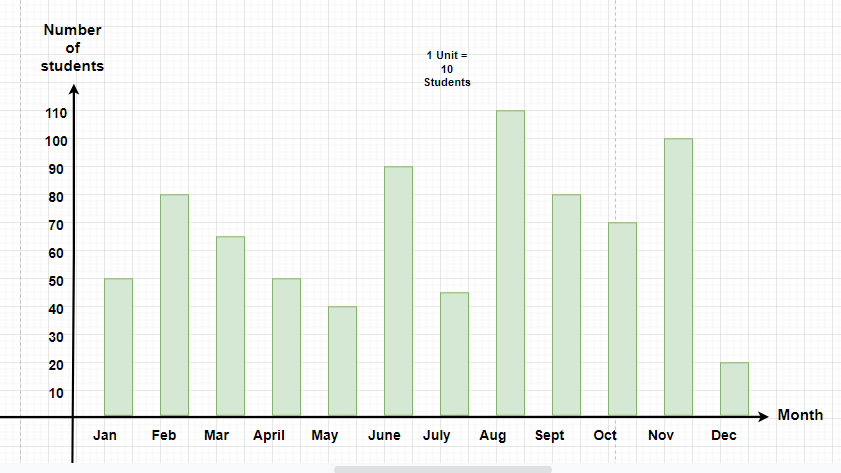 Horizontal bar graphs are preferred when the name of the categories of data are long and the minimum space on the x-axis is not sufficient.

Question: In an examination, Reeta performed in 5 subjects, her performance is given in the table below. Draw a Horizontal Bar graph showing the marks she obtained in all the subjects, Also, calculate the overall Percentage obtained by her.

The Horizontal bar graph for the table mentioned in the question, 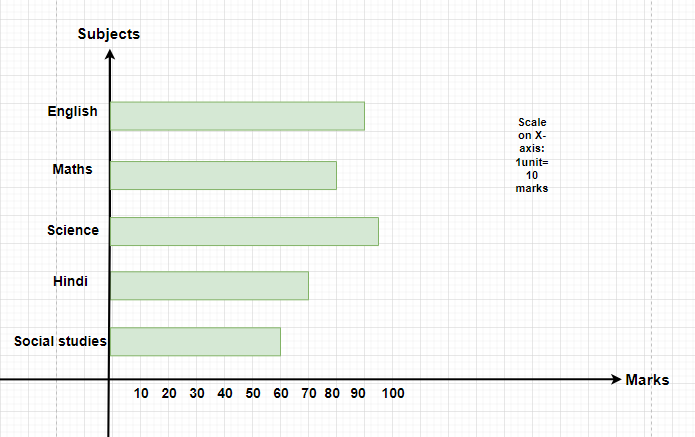 The overall Percentage obtained by Reeta =

The double-bar graph for the table given the question, 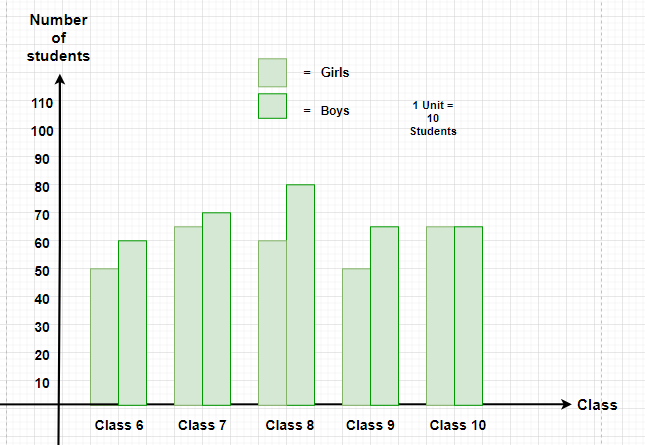 Question 2: In a survey done for a week from Monday to Sunday, for two cities Agra and Delhi, The temperatures of both the cities are measured and the temperatures obtained are as following,

Draw the Bar Graph for the given table in the question. 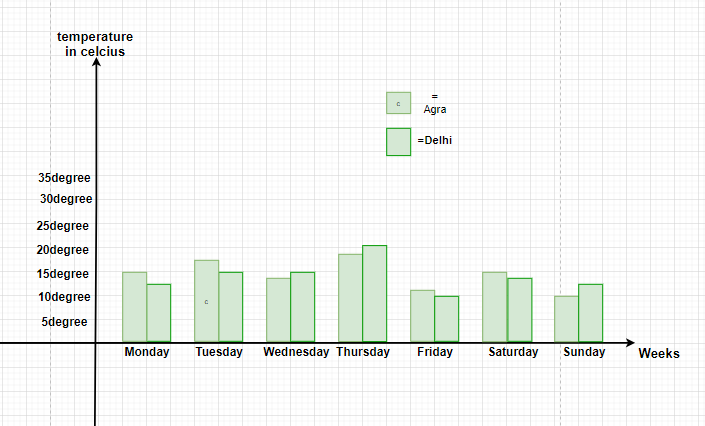