Mechanics can be termed as the branch of physics that is concerned with the concepts of energy and forces and their effect on bodies. It governs the relationships related to the motion of objects, that is, between matter, force, and its associated energy. It is responsible for the motion of bodies and the action of forces on these bodies as well. Practically, mechanics involve the design, construction, or operation of machines or tools. For instance, the distance covered by a car to stop traveling at a speed of 30 km/h.

The branch of classical mechanics concerned with the motion of points, object groups as well its systems, holding no reference to the motion of these objects, is called Kinematics, often termed as the “Geometry of Motion.”

The sub-branch of physical science which is related to the motion of material objects under the effect of the physical factors affecting them, that is force, mass, momentum, energy is called the Dynamics.

Anybody is said to be at a rest position if there is no change in its position (distance, displacement) with time, with respect to its surroundings or a reference point.

A rubber ball undergoing displacement under the influence of motion

Difference in Scalar and Vector:

Distance is the complete length of the path between any two successive points. The distance is a scalar quantity, with only magnitude and no associated direction. The distance is denoted by the symbol ‘d’. Distance of any object is considered to be a positive commodity. Distances can be measured both along the straight as well as zig-zag paths. Distance of a body gives the detailed route information that is followed while travelling from one point to another.

Distance from location A to location B is 5 cm

Speed can be defined as the rate of change of position of an object moving in any direction. Speed is measured as the ratio of the distance covered by an object to the time in which the distance was covered. Speed of any body is considered to be a scalar quantity, with only magnitude and no associated direction.

where, ‘s’ is the speed in m/s, ‘d’ is the distance traveled in m and t is the time taken in seconds.

Velocity of an object can be defined as the rate of change of the object’s position with respect to a frame of reference and time. The displacement is a vector quantity, with both an associated magnitude and direction. SI unit is meter per second (m/s). The velocity of an object can be positive, negative or even zero. If there is a change in magnitude or the direction in the velocity of a body the body is said to be accelerating.

Initial velocity describes the pace with which any object travels when gravity first applies force on the object, whereas, the final velocity is a vector quantity that describes the commodities of the speed and direction of a body in motion once it has reached its maximum acceleration.

Constant velocity can be termed as the motion in a straight line at a constant speed. Algebraically,

x0 represents the position of the object at

t = 0, and the slope of the line indicates the object’s speed.

The velocity can be positive or negative, and is indicated by the sign of our slope. This tells us in which direction the object moves. 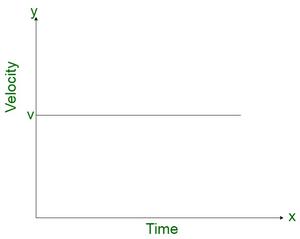 Units and dimensions of velocity are as follows :

Difference between Speed and Velocity 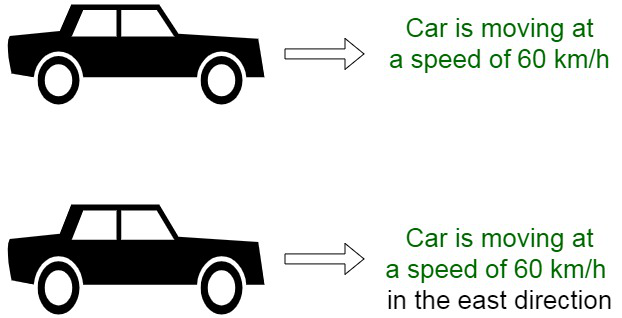 Here lim is taking operation of taking limit with time tending towards 0 or infinitely small. And,

is differential coefficient – Rate of change of position with respect to time at an instant. 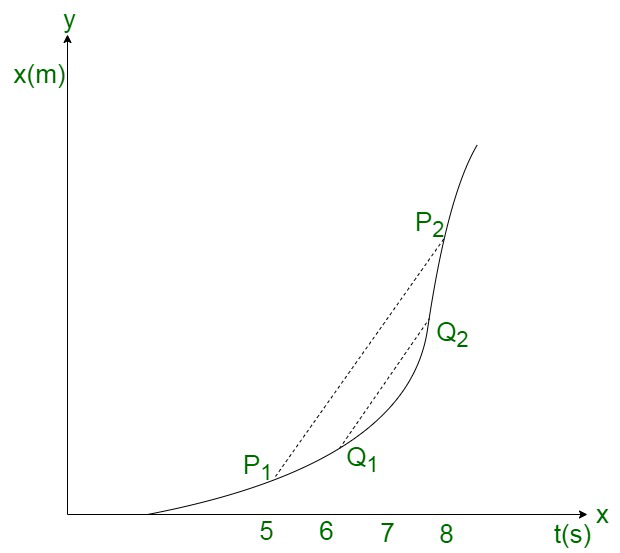 From the graph, we have,

Slope P1P2 – Velocity at an instant of 3 sec

Slope Q1Q2 – Velocity at an instant of 1 sec

The unit for speed is meters per second (m/s).

The average speed of a object is the ratio of the total distance travelled by the object to the total time taken.

If any object travels equal distances during different time instances, (s1 = s2 = s) with velocities v1 and v2, then

When a body travels equal distance with speeds v1 and v2, the average speed, which is the harmonic mean of two speeds, is given by,

The average velocity of any body is the ratio of total displacement to the total time taken. It is a vector quantity, with the same unit as the velocity. It is the rate with which an object changes its position from one place to another, in a time frame. Its standard unit is meters per second, but can also be convertible to other units such as miles per hour (mph) or kilometer per hour (kmph).

It is that single velocity with which the object can travel the same length in the same time as it generally does with varying velocity.The average speed of a body, at any specified time instance is strictly greater than the magnitude of the average velocity. 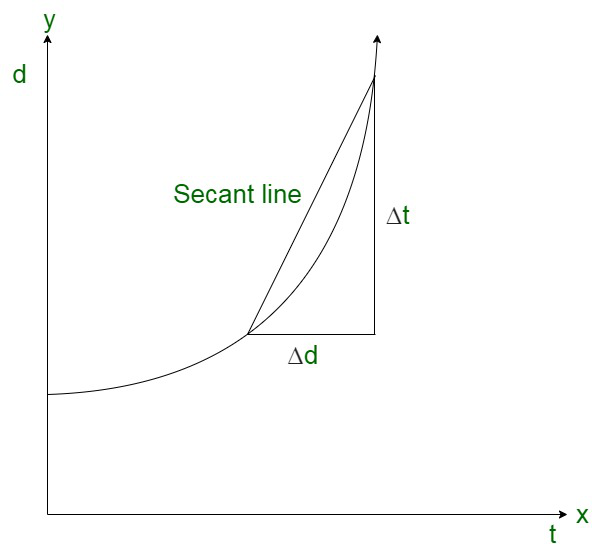 The estimation of the velocity of an object in reference to another object in the same time frame, is known as relative velocity.

Let us consider, the relative velocity of object A with respect to object B, to be

In case, the two objects are moving in the same direction, then

When two objects are moving in opposite direction, then

When two objects are moving at an angle, then

Example 1. If a car goes a distance of 900 m in the west in 90 seconds. Find the speed and velocity of car?

Example 2. If a car is moving with the uniform speed covers a distance of 240 m in 6 seconds. Find the speed of the car and the time taken to cover a distance of 480 m.

Time taken by the car to cover 480 m distance =

Question 3. If a train travels from Delhi to Jaipur at the speed of 120 km/h and takes 3 hours to reach. Calculate the distance between the cities?

Question 4. A boy throws a ball up in the air the ball rises about 50 m vertically in 2.5 seconds, the comes back to the boy in the same position in another 2.5 seconds. Calculate

(iv) Average velocity = 0 {As the displacement is 0 thus the velocity is also 0}.

Example 5. If a car takes 4 hours to reach from Shimla to Chandigarh that has distance of 153 km from Shimla. If the car takes 5 hours for the return journey i.e. Chandigarh to Shimla. Calculate the average Speed and average Velocity of the car?

We have to find average speed = ?

As the car reaches back to Shimla i.e starting point thus the displacement is zero.

We have to find the distance travelled ‘s’ = ?

Velocity of the ball according to ground = v

Velocity of the mirror according to ground = v

Image and ball both are moving towards each other so relative velocity will be = v+v = 2v.